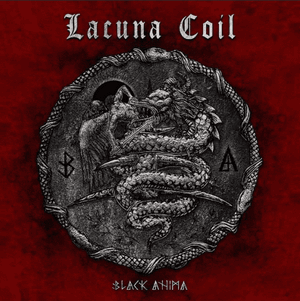 With the band’s last effort, Delirium, bringing back plenty of heaviness into the gothic metal act’s sound, it’s been a long wait for new material as the band trotted the globe over the last three years. Given the first two singles that have been released for Black Anima, those who enjoyed the heavier side of the band’s return should be pleased to know that there has been no retreat on the band’s side for this one. If anything it feels quite balanced with this harder edge, with their more traditional grounds.

What worked so well for the band last time was the thunderous riffing (and Andrea Ferro’s increased intensity on his vocal range), coupled with their long-time penchant for spine-chilling melodies that initially hook to the listener and never let go. Black Anima keeps this intact, and occasionally breathes an even darker atmosphere into play. The opening and closing tracks (“Anima Nera” and the title track) make some effective usage of electronic elements and gothic dreariness, with the latter adding in some punchy riffs, which not only does a good job of bookending the album but setting the tone in the process. The way that those modern/electronic elements so easily integrate into the band’s sound, offering a more urgent vibe – something that has added the band for years. “Layers of Time” and “Now or Never” grab the listener with intensity, but the melodic undercurrent really shines beneath. The expected vocal interplay of Ferro and Cristina Scabbia is a strong suit, but also the rumbling grooves and more esoteric guitar melodies that weave a more intricate tapestry. There’s also a notably ‘heavy’ lyrical aspect this time around, with “Under the Surface” and “Save Me” being particular highlights, with intimate perspectives being enhanced by some excellent, poignant vocal work.

If anything, Black Anima takes the heavier side of the band that was unleashed with Delirium, and gives it some more classic Lacuna Coil elements for added balance and merges it with some moody atmosphere. It packs a heavy punch, but never at the cost of some intriguing and epic melodies, as well as their sweeping vocal chemistry. Having taken full advantage of the massive line-up changes a few years back and the ability to ‘restart,’ so to speak, Lacuna Coil have been providing fans with some of their most consistently strong material to date.