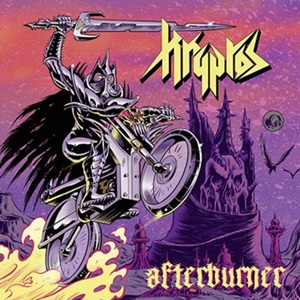 Ascending to new heights through each record, Kryptos help put Indian heavy metal on the map through their steady discography and potent live performances – being the first band from their country to play at Wacken Open Air back in 2013. Moving up to AFM for their fourth album Burn Up the Night in 2016, the follow-up Afterburner contains more potent heavy metal with power/thrash inflections, generating that affinity for the genre that comes in youth and sticks with most for eternity.

It’s hard not to swivel and swing body mechanics to the Armored Saint/Accept-ish charge of twin guitar harmonies and steady mid-tempo rhythm guitar pulse of “Cold Blood” – the rhythm section pulsating at the right groove to slightly faster energy present throughout the arrangement. Distant guitars come to the forefront for mid-album favorite “Red Dawn”, the majestic hook one of those ‘high and mighty’ offerings live audiences clamor for, guitarist Nolan Lewis measured in his Ron Royce/Coroner-oriented rasp as he belts out the lyrics in line with the marching tempo platform and Thin Lizzy meets Mercyful Fate textures that take shape. Afterburner churns out those tasty rhythms plus supplemental gang-oriented choruses perfect for 80’s metal heads craving for current bands to sit within that framework. They may not necessarily be blazing in the speed or intricate departments, but they are certainly catchy in earworm forms, as “On the Run” and Maiden-oriented “Mach Speed Running” check off all the requisite aural buttons for fiery anthems, high in melody/harmony content. Beyond the killer cover art (let’s hope the band offer this in t-shirt and poster art forms), the self-produced undertaking captures that tough old-school exterior devoid of digitized aspects which can cut the teeth of a record from a purity standpoint.

While Burn Up the Night ventured a bit more into their thrash influences on songs like “Waverider” and “Blackstar Horizon”, this record instead settles for more 80’s spirit in the European/American mid-tempo terrain, serving up tons of guitar melodies and riffs that helped put Restless and Wild and Screaming for Vengeance into the hearts of millions globally. Another home run for Kryptos. 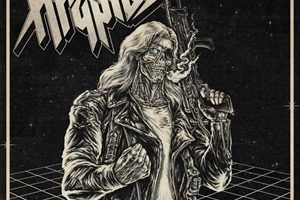 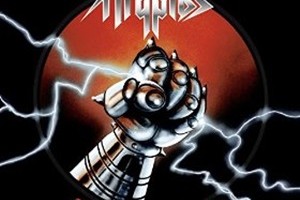