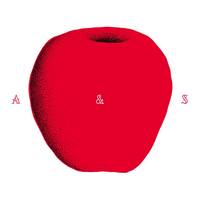 Nice album title…tongue-and-cheek for sure, and doesn’t totally wade into the never-ending debate on same-sex rights, etc. (Some bands never know when to draw the line on making social statements anyway.) For Switzerland’s Kruger, this is their fifth album in a career that has seen the band maintain a stable mid-level spot on the European tour circuit. Being that their sound is a crossover cross between pugnacious hardcore and rhythmic metal with the occasional bout of melody, there is a grey area to Kruger, something that is still apparent on Adam & Steve, yet not a major deterrent.

Opting for the anchor-less approach that is so often found in metallic hardcore/metal, Kruger’s linear jams may be a bit on the too-loose, particularly the jumbled “Discotheque,” which bounces all over the place from sludge billows to churning bass lines. It’s the sort of throbbing track that may not be immediate, but sure is complex from a structuring sense. The band really gets-a-moving via “Mountain Man,” a tune bolstered by a manic opening riff and the boisterous bark of vocalist Renaud, who is probably at his best when his throat is laid to bare. (His singing, as found on “Bottoms Up” and the title track is hit-and-miss.)

Even as the disharmonious-then-melodious “The Wild Bunch” further expands Kruger’s palette, Adam & Steve doesn’t have an immediate latch-a-bility. The riffs are coy, arrangements not on any real scope, and the varied clean/screamed vocals are too unbalanced, yet give Kruger this: They’re virtually an entity onto themselves now, a European band channeling warped hardcore with a distinct metal edge, all the while refusing to plunder the formerly bottomless pit that was melodic death metal. A real study in contrasts, Kruger may not be for everyone, but for those who fancy such an off-beat band, Adam & Steve should click. 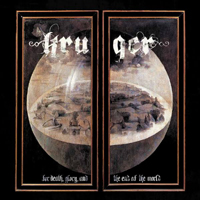