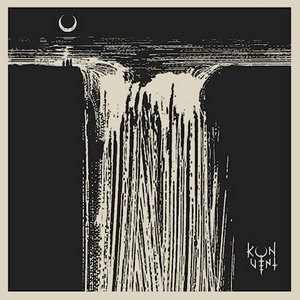 Sometimes, it feels that the sluggish pace of death/doom is completely at odds with our increasingly fast-paced, modern world. But that’s also what gives it a particular charm. With the doom genre, it’s about pulling you in and swallowing you whole – dragging you into the abyss, if you will. Konvent don’t have a huge backstory, with just one demo prior to this release. But as far as the fans of this sound will be concerned, they have what it takes to become one of the big guns in their future.

First and foremost, Konvent sound just plain heavy. Each track gives you those vibes that impending doom is around the corner, and you are powerless to escape it. It’s lumbering and gargantuan in the riff department, and they don’t seem keen to accelerate the pacing too often. While this could in fact become the Achilles’ heel of the band, it’s in the riffs themselves that keep Puritan Masochism marking ever-onwards. Sometimes, it’s more of a droning effect, with the stomping of riffs being rhythmic in tone and inviting you inwards, despite their abrasion (see “World of Gone”). Other times, you’ll catch a more melodic or groovy section (“Idle Hands”) that takes the song on a different direction than what was there previously. Lastly, the vocals are worth a mention as well – Rikke Emilie List’s growls are impressively low but she also pushes some variations in along the way, like higher rasps in “Ropes Pt 2.” It really does add to the brutality of the whole performance.

As a debut, Puritan Masochism raises a high bar to what Konvent could continue to accomplish moving forward. They already have a keen ear for what the nuances of the genre entail, and have put forth a release that takes all of its high points and runs with them. It’s suffocatingly heavy, and avoids being a one-trick pony in more of its nuances. Worth seeking out if you are a fan of the genre.

Konvent – The Crushing Weight of Doom