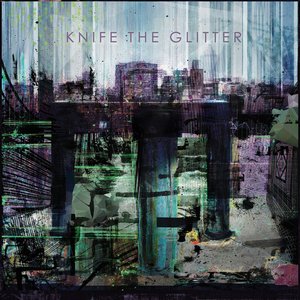 Sometimes albums that have a lengthy gestation period never see the light of day. But if they do arrive, they have fans that have been waiting rabidly with massive expectations, or worse yet, fans that have forgotten entirely about the band. Either way, it’s a tough spot, and it takes a strong album to settle the waters. Knife the Glitter succeed in this regard, with a first (and final) full-length 8 years in the making that works as a great introduction to newcomers while providing an equally poignant goodbye for those who were awaiting it.

Featuring Dillinger Escape Plan guitarist Kevin Antreassian and John Frum’s Eli Litwin on drums, and rounded out by bassist Ryan Newchok, the instrumental progressive act are clearly adept at giving listeners plenty of density within their music. But thankfully, despite the complex and often chaotic nature of the material (that seems to stretch into areas as broad as mathcore and extreme metal) never feels like too much. Of course, it’s boosted by returning to the music frequently, as subtle intricacies are often revealed with each fresh spin. There’s also an almost hypnotic edge to the chaos – the frenetic charge of intricate and swirling rhythms and riffs lulls you into a surprising daze. It’s sometimes easy to drift away within the chaos, and that’s actually a good thing as there’s an eerie sense of playfulness and melody that then reveals itself. Vibrant and bouncy (particularly the basswork), there’s a lively feeling behind the songs – which makes complete sense with titles such as “Highly Electric Squirrel” and “Permanent Baby Snowpants.”

While it’s dense and complicated, Knife the Glitter is also the type of album that rewards the listener for their patience. It’s also plenty groovy and energetic to entice you in. While the band is now defunct, they should be able to rest on their laurels knowing that they went out with quite a frantic yet satisfying bang.

Knife the Glitter – Closing the Chapter