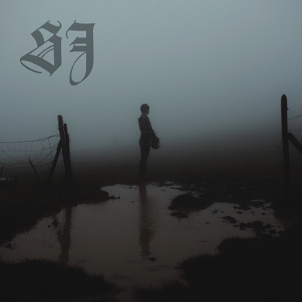 Certifiably not metal, so move along if dreamy Italian shoegaze isn’t your bag. Relevant because they’re on Prophecy Productions and because they’re quite good (that sounds a bit vague, doesn’t it?), Italy’s Klimt 1918 was last heard from via 2008’s Just In Case We’ll Never Meet Again, an unheralded gem of savory pop hooks and near-metal guitars. Appropriately, Sentimentale Jugend is a double-album, a rarity in this day and age, only worth doing if your music has a cinematic quality, to which Klimt 1918 certainly does.

Consisting of two separate albums (Sentimentale is the first; Jugend the second; hence the title), Sentimentale Jugend has what amounts to two scopes. Sentimentale features Klimt 1918’s swirling, if not relaxed side, with the slow-build and airy caress of the excellent “Comandante” and “Belvedere,” the latter employing indie rock dance beats. While the cover of Berlin’s “Take My Breath Away” is a throwaway, the spiraling guitars that front “Gaza Youth (Exist/Resist)” are certifiably heartening, embodying the sound of shoegaze in the modern age.

Jugend has more momentum and pulse than its counterpart disc, giving it a direct focus/scope, as “Sant’Angelo (The Sound & The Fury)” hits home ’80s new wave and the exquisite, one-tone vocals of Marco Soellner, who comfortably hoists himself in for these songs like a humble narrator. The crashing “Resig-nation” (misspelled on purpose) and grunged-up “Juvenile” further plot the course of separation from traditional post-rock mediums.

The idea of releasing a double-album in 2016 is awfully bold and frankly, commendable. Since Klimt 1918 has been able to envelop a good chunk of metal’s dark/Gothic subset, there’s perhaps a greater sense of patience and flexibility that comes from less-than-heavy music as this. But forget where Klimt 1918 stands and/or ranks: The restless, sensitive atmospheric churn of Sentimentale Jugend is only for the brave.