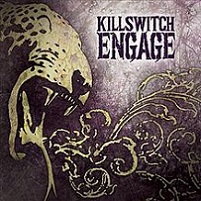 This one really could have gone either way. Having always managed to stay a few steps ahead of the rest of the melodic, metalcore crowd, Killswitch Engage seemed to slip a little with 2006’s As Daylight Dies. While still a strong album that birthed a few big songs, probably the thing they’re most famous for from that period is their sinful cover of Dio’s “Holy Diver.” As an album it, just didn’t have the staying power of The End Of Heartache or Jesse Leach’s final album fronting KSE, Alive Or Just Breathing In the three years since …Daylight Dies the KSE sound has been continually raped and pillaged by lesser bands, nails have been driven into the coffin and the abominable core tag is now prefixed by death. In other words, it’s fair to question if the world is sick of this type of stuff and if KSE have any chance?

Well, on first impressions it certainly makes a positive impact, although on repeated listens it’s easy to hear how the generic tricks and sounds have seeped in. This is KSE’s third album with Howard Jones up front on vocals and it’s his voice that actually lends them most of their uniqueness. A lot of people mimic him but the passion and style he sings with shines right through. The slower paced and spacious “The Return” shows his voice off to the best effect, backed by slow moving, distorted guitars and simplistic drum patterns. “Save Me” is a pretty rocking tune where Adam Dutkiewicz throws in some nice lead lines among the chugging riffs.

The rampaging start of “A Light In A Darkened World” is interesting and should go down well live, but by the chorus it moves into familiar territory – ringing chords, squeals of leads and Jones reaching for the skies vocally. “I Would Do Anything” despite having a rocking beginning, is a very generic song that fails to impress – it’s been done countless times already. “Reckoning” falls back on tried and tested measures which means it could have been written by pretty much any band out there. That’s the general feeling – overall it’s a pretty good album, if far from essential.

If you’ve been crying out for new KSE material then you’ll be delighted. They’ve done what they do, with maybe a few heavier moments than previously, while Jones’ lyrics and vocals are as personal and meaningful/hopeful as always. This self-titled record could be a real grower, but it’s doubtful.

At this stage, it’s more a case of how many Killswitch Engage albums do you need to own? In a sense, they’re treading water and while it’s obvious they’ll survive the flood which will kill the copycats, what they really need to do is take a risk and mix things up a little. Even the artwork has lost its edge, so if you want to use that as an indicator, then work away.