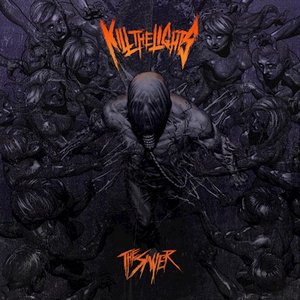 Featuring ex/members from acts like Bullet for my Valentine, Still Remains, Threat Signal, and Throw the Fight, Kill the Lights fits nicely into that ‘supergroup’ idea that raises the expectations to absurd heights based upon the members’ previous history. The band started releasing singles in early 2019, so there’s been plenty of time for diehards to start hyping themselves up about it. But regardless of that thought, Kill the Lights succeeds because it doesn’t try to ape the sound of any of the aforementioned bands, instead veering into territory that provides a fresh take and plenty of crossover opportunities.

The Sinner effectively merges some elements of the ‘00s metalcore movement with some modern rock trimmings and straight-up metal energy. While it’s a description that may cause some veterans to tuck tail and run immediately, it’s a solidly built structure from the ground up. There’s an immediacy to the music that comes from the rock-ish influences and catchy hooks – either vocally or musically – and they will effectively draw you in with little effort. Opener “Shed the Skin” has some nods to the best of acts like Trivium or All that Remains (circa The Fall of Ideals) in its driving energy and balance of harsh and clean vocals, coupled with some playful guitar melodies and more uptempo metalcore-esque riffing. A solo hits later in the song that manages to be flashy without overdoing it, moving into a lead that really soars. More melodic stuff hits the mark as well, with “Through the Night” and “Tear Me Apart” approach ballad-y and radio friendly formatting without losing a genuine sentiment and powered by James Clark’s vocal performance while keeping the music intriguing around him. The energy sticks to the triumphant side of things, and songs like “The Enemy” and “Unmoved” have some gallant riffs which drive them forward, and that’s where the more long-term side of the band comes in. While the hooks dig in and the choruses are catchy, the solos and melodies have some depth to them (check out “Chasing Shadows”) and warrant pleasant rewards when returning to the album for another listen.

Kill the Lights effectively merge the strong suits of the metalcore sound and bring it up to the modern day while keeping it fresh and interesting. Given the genre blurring, there’s the potential for some of this to reach a wider audience than the usual metal act, while still keeping all of their integrity intact. That’s a tough thing to accomplish, and The Sinner deserves some credit as a debut that isn’t afraid to push boundaries with its spirited and affective sound.