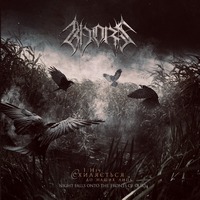 Khors is one of the staples of the Ukrainian pagan black metal scene. The war torn country truly boasts an impressive number of excellent bands, including Nokturnal Mortum, Drudkh, Hate Forest and Munruthel (who along with Khors all hail from Kharkiv), and Kroda from Lviv. To be fair, many of these bands share or have shared band members at times, but regardless, a good proportion of the best pagan black metal out there comes from Ukraine. In fact, Ukraine could be considered the capital of the Slavonic black metal sub-genre – that which combines traditional folk elements with black metal, under the banner of Slavic history and pride. A further exploration of the sub-genre will lead toward more radical political leanings and into the realm of NSBM (National Socialist Black Metal), the Nazi wing of the black metal family (every family has one), but now I’ve gotten too far ahead of myself. Khors is not one of these bands, and shouldn’t be considered a part of that scene. What they are is a really good Slavonic pagan black metal band from a troubled part of the world.

Night Falls Onto the Fronts of Ours is the sixth studio album from Khors, who now follow up 2012’s great album Wisdom of Centuries with a release created in wartime and turbulence. Perhaps it shows in the songwriting. Allow the guitar solo from lead-off track “No Oaths, No Tears, No Knees!” serve as a barometer for the album. Properly assessed, you’ll find it serviceable yet dull. Sounds contained herein will range from the Insomnium-esque “Following the Ways of Blood” (which may be the best of the lot), to darker and colder moods displayed on “1664” which also contains the albums only real fist-pumping moments. “Slight Web Solitude” should also be noted as a highlight of the album – largely a middling affair of mid-to-slow tempo doomy black metal with chimes of epic atmosphere and moments of good, strong melody. It should be mentioned that Khors employs the use of keyboards well, as they usually do – not overbearing, mostly as an accent point or a textural element.

Night Falls Onto the Fronts of Ours results in being a release of average quality for Khors. Production-wise it’s very good, but that certainly cannot compensate for the content of an album, if the fireworks just aren’t there from a songwriting perspective. We will continue to look forward to the next release from the band, as Khors continues to be one of the better Eastern European bands. 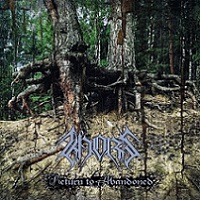 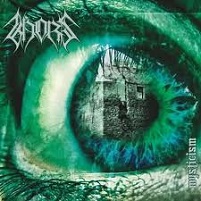