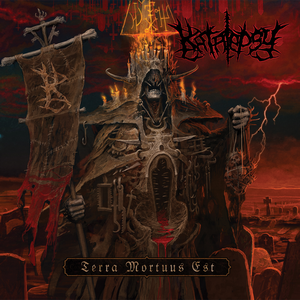 If the more brutal bands of the genre can do one thing better than most, it’s eye-catching cover art. Terra Mortuus Est is a beautifully grim cover, with bloody red and a terrifying figure front and center. It marks a triumphant return for Katalepsy, whom we haven’t heard much from since 2016’s Gravenous Hour. As predicted, the band continues to hold firm in their modern and brutal form of death metal and provides a fine feast for genre fans.

Just as Gravenous Hour saw the band adding more into their brutal death metal base, Terra Mortuus Est does the same thing. While the core of the band is still tethered to the brutal and almost slamming territory, they are wise enough to know that they need to incorporate more than carnage to keep the listener interested. Thus some tracks hold a more technical aspect than others (see “Deep Down Madness”), even if they wisely keep brutality at the forefront of their image. Other tracks utilize a greater emphasis on melody (“Kings of the Underground”) and a few even have some hardcore leanings that are apparent in the sound (“Those Who Rot the Souls”). It gives the band enough variety to leverage a 50-minute episode of violent death metal, and with that alone, it’s impressive that the band can hold interest for such a sustained period given just how aggressive the music consistently is. Just to toss it out there too, there’s much to double-down with in terms of the brutality, with visceral grooves being a welcome from the very beginning, with “Closer Than Flesh” having a generous helping to get you immediately in the mood. Something that still hits hard, even with some atmospheric trimmings, by the time you get to the closer in “Land of Million Crosses.”

Katalepsy continue to sharpen and refine their version of modern death metal, and Terra Mortuus Est manages to flex some very brutal and groovy muscles without showing any signs of fatigue. Solid as a rock and as hard-hitting as it can come, this is a band that is on top of their game right now. 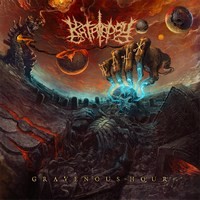