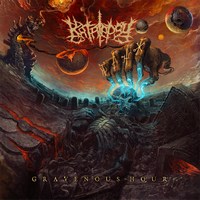 When one tends to think about brutal death metal, it tends to bring to mind a lot of Suffocation worship, slams a-plenty, and not much holding it all together. It’s unfortunate, because over the past few years, there have been a number of bands really rising up above the stereotypes presented and pushing the genre forward. Last year’s Dysentery release comes to mind, as does Katalepsy’s latest and greatest, Gravenous Hour.

Katalepsy themselves have come a long way from their beginnings. Listening to Gravenous Hour, you can still hear hallmarks of the brutal death genre, but they have merged these feelings with some of the modern death metal markings that their label home, Unique Leader, has been cultivating. That’s to say, in addition to the barrage of heavy as nails slam sections and monstrous vocals, they’ve melded some feelings of technicality into it all (not to mention a slight bit of atmosphere as well). And it’s done quite well. The solos really bring out the more technical side of the band, and offer some really good “wow” moments, like in “Critical Black Mass.” Especially when they combine with frantic speed and blastbeats. Of course, these adventures in blazing speed are balanced out by some mid-tempo riffing and movement into slam territory. But nothing ever comes off as trite or unnecessary. These moments are given some added carnage due to the restraint of great placement and some build-up beforehand. Just look at “Blindead Sultan” and it’s easy to hear the benefits and added dynamic these riffs can play when introduced properly.

Genre fans are sure to get a thrill out of Gravenous Hour. There’s a fresh energy and chaos level that Katalepsy delivers with flair. It may not move the genre forward, nor should it have to. This is burly, dynamic, and surprisingly memorable death metal. 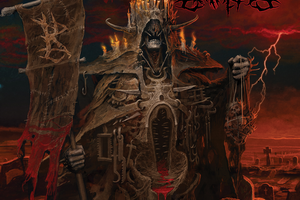