Karkaos – Children of the Void (Self-Released) 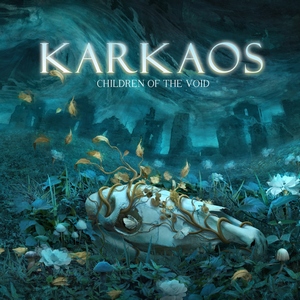 Stumbling onto this Canadian act when then very-new vocalist Viky Boyer had contributed vocals to the second I Legion album, it made a strong enough impact to see out the band’s first full-length, Empire, and start counting the days until their second release. Now in 2017, with a rounded out line-up of new players including Boyer, Justine Ethier (Blackguard) on drums, and lead guitarist Samael Pelletier, Karkaos’ second effort, Children of the Void, has been released.

While there’s nothing extraordinary about symphonic melodic death metal, it’s the way that Karkaos infuses all of their elements that make it a standout record. This is a band that can strike hard and fast if they want to, and on a number of occasions bring out some rather pleasing, death metal-induced heaviness. “Tyrants” is an absolute ripper – containing explosive speed that pulls together some light keys in the background into venomous riffing that feels more Behemoth than melodeath. Likewise, “Lightbearer” ignites with blastbeats (Ethier at her best on these frantic tracks) and dizzying speed, but later turns completely anthemic with galloping melodies that will do nothing short of put a grin on your face. But the more melancholic/melodic side does come out, with the mid-tempo crusher “Where Mushrooms Grow” and gorgeous and sweeping closer “Bound by Stars” shining a bright light on the band being able to craft some touching moments. Vocalist Boyer proves a real gem in the band’s arsenal, with potent and emotionally driven cleans when needed (“Pale”) as well as some solid snarls throughout. If that’s not enough, guitarist Vincent Harnois adds some deeper bellows on a few tracks, such as the standout “Kolossos,” that bring in even more intensity and power.

A pleasant case of sensory overload occurs while listening to Children of the Void. Whether it’s an exceptionally brutal riff, some bombastic synths, a technical yet catchy solo, a fiery melody, or the sheer diversity of vocals, there’s almost always a standout moment to catch your ear. And there’s always something new to discover that perhaps didn’t stand out the previous time. Karkaos has written a real gem of an album that any fan of melodic death or symphonic metal will immensely appreciate. 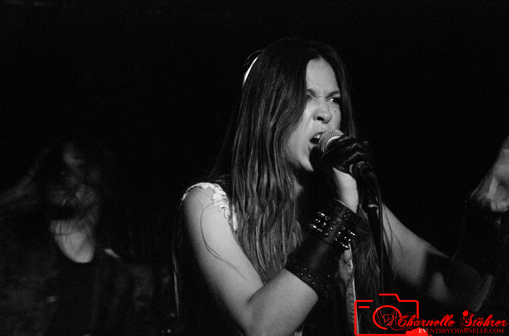