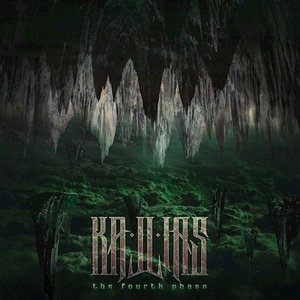 Instrumental acts tend to usually go in one way or another. It’s a cerebral shredfest or a moody, atmospheric journey. Kallias swings much closer to the former than the latter, with an aggressive sound that touches upon acts like Meshuggah or Decapitated, while still giving the listener some melodic and standout guitarwork to keep them interested.

The guitar duo of Nicole Papastavrou and Zaki Ali is the main showcase of these tracks. Outside of some complex, chunky prog riffing background, they are given some real time to showcase their facemelting solo abilities, and they truly do not disappoint in that regard. Each track has some moments that will deliver that ‘wow’ factor as they either fire off a soaring guitar melody that tickles the ear with melody or frantic fingerwork (or both). These are really the treat within each track, but that’s not to mean that the bass is understated. Rather Chris Marrone rumbles through playfully, which is very evident on the closing title track. There’s a sci-fi feel to it, with some eerie quiet moments mixed in with the otherworldly riffing that sets the tone for each of the four songs. The one knock to it there is that due to that vibe, the record feels somewhat cold and distant. This isn’t an emotive release so much as an aggressive and flashy one. But if that’s what folks are coming into expecting, you should have a really great time with it.

With four rather talented players making up the group, Kallias has some great potential within their ranks. The Fourth Phase nails a futuristic vibe that allows all of their members to showcase their talents and abilities to impressive results. While it can feel somewhat mechanical at times, perhaps with more offerings we will see more of a fusion of both instrumental landscapes here.