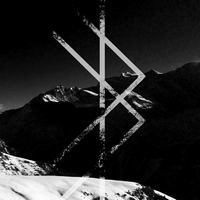 Is it Kall in here or is it just me? Indeed, they are here and they are cold. Kall in Swedish literary translates to cold, by the way, but that just begins to explain a fraction of this band’s brilliance. Their music profoundly redefines the meaning of cold; it’s like they captured the feeling of cold and transcribed it into sounds both soft and sharp, all throughout stirring up darkness saturated in passionate insanity. These tunes are a bitter winter breeze that pierces through the skin and penetrates deep into the soul. Shiver in the iciness of emotional frostbite and shudder in the bewildering chills of Kall’s first full-length album, the self-titled debut masterpiece, Kall.

In respect to the death of Jonas Bergqvist (B), Lifelover was put to rest and Kall was created from the ashes. Kim Carlsson (ex-Lifelover, renowned as the lead-man in Hypothermia and Ritualmord) goes into a maddened trance as a vocalist and his howls and screams are as bleak and shrilling as ever. What I most admire about Carlsson is how he uses his voice like an instrument; the sound of his scream expresses the emotion of the song and delivers the meaning of the lyrics equally as strong as the written words do, verse by verse the words guide the form of vociferous tones. Kall’s music is more than something to listen to; it’s music that can be felt in texture, mood and aura.

The warmth of the acoustic guitar complements the icy sting of the spine-chilling screams. Also ex-members of Lifelover, Henrik and Fix put soul into their guitars like no other musicians do. The deepness of bass, played by Phil A. Cirone, brings down the cold temperature and adds weight to the overall darkness. AQC’s drums thunder like the immensity of pummeling hail, storming in rhythmic cadence and sustaining the tempo. There’s also a fantastic guest saxophonist, the brassy sound of sax robustly enhances that teeth-chattering chill. Together, these prodigious musicians are orchestrating the sounds of silence, invoking a sense of hopelessness and welcoming listeners into a desolate world of loss. Negative as that may sound, this negativity is positive by the pleasure of consolation.

The acoustic tranquility of the intro song, “Ingång,” sets a melancholy mood that comforts the soul. The second track, “Mycelium Veins,” starts off in a fleet of smoothly rocking beats then nails into despairing screams. These first two tracks are complete opposites, contrasting in composition and style, nonetheless similar in essence, certainly all Kall. The third song, “Försök till Förstörelse,” is partially mellow and partially violent but unremitting in the sense of sorrow; the soothing melody of acoustic guitars builds a tranquil atmosphere and smoothly raises spirits but once the dismal vocals and enraged instruments come in cue, the ecstasy is obstructed and everything impedes deeper into the darkness. Another fine piece, “Descending Ascension,” invites the physical self to descend into passionate pain and the spiritual self to ascend into the addiction of depression and despair.

Kall is like a place where lost souls are found, as well as an escape where one could get lost in. It’s incredible how isolation can become so welcoming and joylessness can be so touching when put into music and this particular music makes all the negativities of life seem like the most desirable.

One of the most remarkable things about Kall is they do everything themselves, from composing to playing, recording and mastering. Furthermore, all their deranged compositions are created with skillful musicianship. Every song of theirs is cold, gloomy and glum with consistently bleak atmospheres yet always beautiful with the continuous feeling of joyless hope and hopeless joy. They display how music is the universal language, if tunes can be heard then they can be felt. Whether one suffers from depression, isolation, PTSD, anxiety or insanity, it seems this album is something people all over the world can relate to and find themselves in. Kall makes music for personal evolution, spiritual consolidation and emotional healing.

On another note, winter has arrived and Kall is the perfect album to enjoy the cold days with.