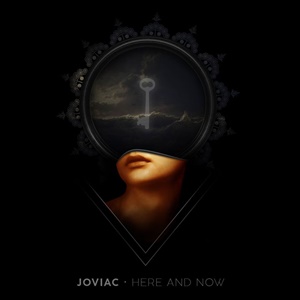 Progressive metal has expanded in parameters and influences over the course of the past couple of decades. What was once dominated by Fates Warning and Dream Theater has now moved into Periphery, Devin Townsend, and Pain of Salvation as trailblazers. Finnish act Joviac as a progressive metal band incorporate a bit of the old with the new on this second full-length Here and Now – taking over one year to write and record this effort. Considering the seven tracks clock in at a relatively tidy 41 minutes and change, it’s evident that the band prefer to focus on quality songwriting, intuitive hooks, harmonies, and melodies, but also the necessary intricacies and proficient musicianship qualities to gain attention on first (and subsequent) airings.

As a trio Joviac possess a wide array of influences from within and outside the metal genre – aspects of jazz, progressive rock, and others crawl into spots of standout tracks like “Straws” and “Crossfire”. Whether it’s acoustic guitars, sterling multi-part vocal harmonies, or this sense of proper choruses even when other measures of a song go into time signature tradeoffs, you can tell that these gentlemen love and respect the work of Porcupine Tree, Queen, and Toto equally as they do love Pain of Salvation, Dream Theater, and Opeth. Vocalist/guitarist/ keyboardist Viljami Jupiter Wenttola tastefully balances his duties, executing some fluid lead breaks against crunchy, almost-funky rhythms for “Black Mirror”, while drummer Rudy Fabritius hammers home a fine “When the Levee Breaks”/John Bonham-ish charm to the opening sequence of “Decay”. You get a sense of uplifting atmosphere during the almost nine-minute title track, which has moving neoclassical-style parts that push the instrumental sections forward before the stunted rhythms go perfectly against a melodic vocal delivery that is magnificent – passionate and subtle to grab you and never let go, the bass play from Antti Varjanne an extra spice in an already enticing arrangement. Dare this scribe say it – Rush also has to factor into some of their sonic outlook, even as the narrative aspects that creep into many of these songs make people dig deeper into the introspective lyrical topics.

Here and Now will hopefully gain Joviac a wider array of progressive metal followers, as this record rocks.