There are way too many bands out there. Seriously, though. One could sit online playing single tracks from different groups for hours on end, and still not make even make a dent in the sheer number of acts categorized under “metal” in today’s scene. In the end, it’s great for us because we have a nearly limitless supply of music at our fingertips. But as for the bands, it brings a lot of challenges to overcome and a lot to prove when it comes to winning over new fans. While there are more than enough crappy acts to go around, there are also plenty of hungry musicians fighting to make good music. Spain’s Jotnar have proven themselves to be a part of the latter group, offering a collection of catchy, well-written melodic death metal in their recent release, Giant.

Tracks “Perfect Lie,” “In Process,” and “I Am Giant” provide a summary of Jotnar’s overall sound: straightforward, hook-laden melodic death in the vein of Soilwork, Scar Symmetry, etc. With such influences, you’d probably expect Giant to be a compilation of musical ideas that had already been beaten into the ground five or six years ago. You wouldn’t be wrong either. All the elements of mid 00’s melodic death metal run rampant throughout Giant’s five tracks: Swedish-influenced riffing, an abundance of synths, clean

vocals, and a full, polished production. But the thing is, that’s ok.

Yeah, you heard – or rather, read – me right. After two or three listens throughGiant, the sounds that had at first induced exasperated sighs began to incite smiles, head bobbing, and plenty of hummed melodies. It may be true that there’s nothing new to be heard on the latest offering from these Spaniards, but they’ve completed the daunting task of taking overused ideas, stripping them back down to their basic form, and injecting some well-needed freshness into them.

Strong moments include “Never Fall Silent,” which features some compelling vocal work-both clean and growled, and a nifty mid-section bridge that blossoms into a wonderfully lyrical solo. Also worth noting is the final track, “Soil My Soul,” the only really speedy track of the bunch, with an outro that gets dangerously close to being full-on epic.

Plenty of trends come and go, and 2012 sees the metal scene at a crossroads. We’re still in the midst of djent and the dying gasps of deathcore, and it’s safe to say everyone’s waiting for something worthwhile to get behind. Many artists have chosen to go back to their roots, spawning waves of old school thrash, death, and NWOBHM bands. Not unlike the hosts of these “throwback” artists, Jotnar have chosen to dabble in what is now an old style. But they do so with plenty of punch and confidence, and while it’s clear there’s a lot of growing room for Jotnar, Giant is, quite simply, a lot of fun 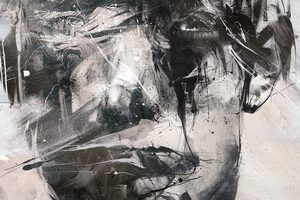