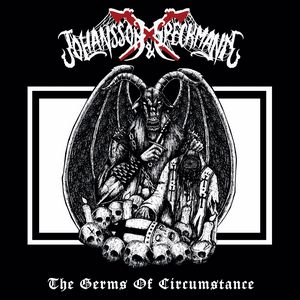 No doubt you’ve heard of both Rogga Johansson and Paul Speckmann as they both have considerably measurable careers in the heavy metal underground. Even this particular act in and of itself has hit five releases in the last seven years with the release of The Germs of Circumstance. Not the type of thing you’d expect a change from sonically, the bottom line is that it’s brutal and aggressive to the point where you have to give it some praise.

If anything, it feels like The Germs of Circumstance is an even more aggressive and speedy affair than its predecessor, From the Mouth of Madness. Old school death metal with a dash of thrash and even hardcore thrown in for good measure, it’s damn caustic from start to finish. The tracks stick to the 3-ish minute mark and benefit from it, allowing the two-man act to focus solely on providing a sizeable bite of visceral energy. The tracks are fast, enveloping those thrashy influences and really hitting the pedal to the metal (“I Was Left to Stare”) without any reservations or compromise. Something that makes the album more fun than you might initially expect it to be, as the Johansson riffs are always known to finely walk that line between heaviness and melody with furious glee. That dirty, somewhat Swedish sound to the guitars gives it enough heft to throw the weight around, but the galloping thrash tempo (“Confessions of a Vital Leader”) and Speckmann’s rapid-fire barks imbue it with a difference sense than many of Rogga’s other bands that he has up his sleeve.

Good for a solid listen when you just want something that you can blast at full volume and relieve a bit of stress from your life, The Germs of Circumstance is the energetic fireball you might be looking for. Focused on high energy and vicious riffs from beginning to end, its goal is just to knock you over flat, and it easily succeeds in its mission. 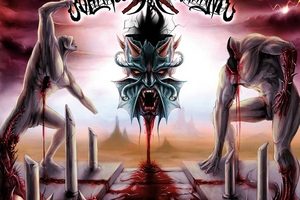 Johansson & Speckmann – From the Mouth of Madness (Soulseller Records)