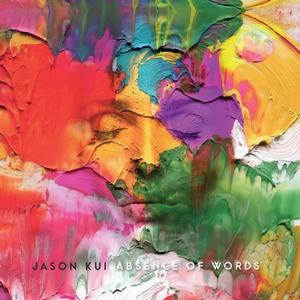 Adding to the ever-growing line-up of instrumental acts over at Prosthetic, Jason Kui is the latest to join the label. Absence of Words being a fitting title for that of an instrumental release, Kui fuses together progressive metal, rock, blues, and jazz in his debut. But does the Hong Kong-based musician have enough strength in songwriting to sit with the best in the genre?

The biggest selling point to Absence of Words is the variety it showcases. With the number of different styles that Kui is playing, it makes sense but it also still stays cohesive. Kui’s playing style still connects the songs, even with changes from more of the usual proggy showcases (“Dance of Awakening”) to more gentle and emotive tracks (“Morning Breeze”) as well as funkier and bluesy cuts (“Now! You! Know!”). The drumming is top-notch stuff from Anup Sastry, who has some experience drumming behind a number of instrumental musicians. The influences from players like Joe Satriani, Steve Vai, and more easily come to mind with Kui, which tells you a bit about his ability. If there’s one thing to nit-pick, it’s that of a few of the unmentioned tracks. While the diversity rings true between the different styles, some of the songs that fall into the same areas (for instance, “Squeaky Switch” is another more modern, proggy track) feel like they have a similar vibe and melody to them in the leads.

A good launching pad for Jason Kui, Absence of Words shows he has plenty of potential to untap. He can fire off some sweeping melodies and it is probably a matter of time before you start to see him listed with some of the top players. Provided he continues to grow and expand his diversity into the future.