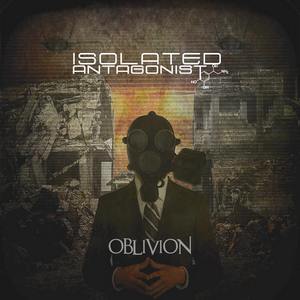 Taking the early days of the industrial metal movement to heart, Isolated Antagonist have made their way into the metal realm through two previous efforts, including last year’s Affirmation of Entropy. The cyber metal sound continues to gleam, with an added level of authenticity with ex-Fear Factory member Christian Olde Wolbers joining the two-man act (of Glen Mitchell and Nate Exx Gradowski) on bass.

For those who may not be familiar with the act, there’s a definite old school Fear Factory vibe (think Soul of a New Machine) present with Isolated Antagonist’s sound. But it avoids rip-off territory with further implementation of more modern atmosphere and electronic components. This is an area that has been improved from their last effort, and the greater focus on mid-tempo riffing has allowed the melodies to shine a bit brighter, and collaborate with the industrial/electronic elements. Wolbers’ bass presence is clear from the start too, fitting well with machine gun riffing that permeates many of the tracks. Groovy cuts like “Binary Decisions” take the syncopated riffing and move into occasionally faster territory, while more melodic numbers like “Metropolis” bring up a greater electronic atmosphere – a good blend that keeps the 55-minute release afloat.

Continuing the concept album route, Oblivion makes some pleasant twists and turns in crafting an enjoyable tale. Mitchell’s harsh vocals are quite discernible, which makes the concept easier to portray than with many extreme acts. Gradowski’s cleans sound much like Burton C. Bell’s around said era, and also adds a bleak vibe from time to time that enhances the feeling of the album. All in all, there’s much to soak in for cyber/industrial metal fans. While it’s clear where their influences lie, it never gets in the way of the enjoyment of Oblivion. As a side note, pre-sale profits are being donated to the Dana-Farber Cancer Institute – the link below will allow you to grab a copy. 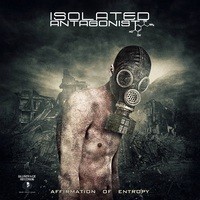