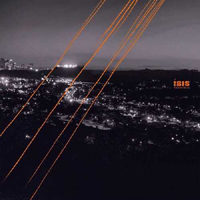 Bowing out gracefully. It’s certainly not one of metal’s finest traits, given how many bands well past their respective prime release virtually the same album in continuum. Those wise or brave enough to get out of the game

with a good looking corpse achieve a quasi level of immortality (see: At the Gates, Carcass, Emperor, to name a few), something that recently-defunct post metallers Isis are about to enjoy. Temporal is their first posthumous release, a 2CD/DVD collection of live bits, covers, and demos, providing a necessary look back into the past for one of metal’s most copied bands.

As the story goes with Isis, the counterpart earth-moving riffs and atmospheric ebb and flow is the band’s bread and butter. Ushered in by Neurosis (who Isis are infinitely better than; sorry Bowling), Isis perfected trance inducing numbers with colossal guitar motifs often giving way to soothing, caressing song

detours. Of the numbers here, demo versions of “Threshold of Transformation” and the jaw-dropping “Carry” come across as heavier bodies than their final versions, with singer/guitarist Aaron Turner’s full-fledged roar wearing down the listener. An alternate demo version of Panopticon highlight “Wills Dissolve” is also of equal measure, thanks in large part to a centerpiece that uplifts and challenges one’s audio senses.

The second disc unfurls the various b-sides and covers Isis trotted out over the years, with renditions of Godflesh’s “Streetcleaner” and Black Sabbath’s “Hand of Doom” making the rounds. However, the main draw on this disc is hidden gems like the title track, and “Way Through Woven Branches,” which originally appeared on a split with the Melvins in 2010. As one of the band’s final studio recordings, “Way Through Woven Branches” harkens to the Oceanic days, unflappable in its stance, and heavy as can be. The DVD

portion contains music videos for “In Fiction,” (the band’s best song) “Holy Tears,” “Not in Rivers, But in Drops,” “20 Minutes/40 Years,” and “Pillable Foe,” which was previously unreleased.

By no means the proper starting point for Isis (Oceanic and Panopticon are mandatory must-haves), Temporal appears to be the first of many post-breakup releases for the band. For those who have long thought highly of Turner and crew, this is a telling reminder of why they were, and still are, the preeminent post-metal band of our time.