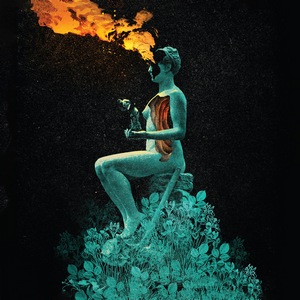 Not sure how they keep doing it lately, but Nuclear Blast has been doing a bang-up job of finding fresh bands that move things in a fresh direction for metal – who are also releasing their first material through them. For example, last year we had Une Misere with their darkened hardcore meets metal vibes. Now, we’ve got an intriguing mix of styles coming together with Irist on Order of the Mind.

While some will draw some comparisons to acts like Gojira and Mastodon due to the riffing styles at play, it’s also far enough away from it to stand on it’s own two feet because of some additional, outside influences. While the massive riffs and palpable melodies will be more than enough to bring people to the table (see “Insurrection” for a prime example), it’s the little bits and pieces that they throw in that gives it a more special flavor. There’s touches of death and thrash metal to augment the heaviness and make it feel more visceral, and there’s also moments that are almost post-metal in their atmosphere and tone. Thankfully, these moments aren’t relegated to specific tracks so much as they are apparent in each of them. “Severed” has an eerie/haunting vibe to it’s chorus and flowing atmosphere, but also has a brief explosion of controlled chaos midway through the track. The title track opens hard with thrashy tempos and riffs, but later things slow a bit with a more atmospheric, wall of sound feel. Likewise, “The Well” kicks open the gates with death metal levels of aggression, but more nuanced riffs and atmosphere (as well as some sung vocals) later hold the track together.

Order of the Mind is a well put-together debut that showcases Irist as having all the tools that they need to make a mark on the metal scene. The cultivating of influences to mold themselves into something that feels different – focusing on a sound that is immediately hooky but built up with layers to keep the listener involved for many listens – is what will make Irist stand out from the pack.