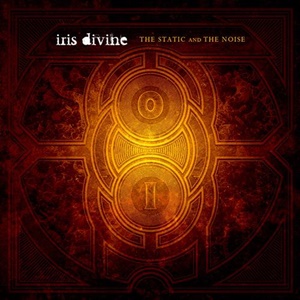 Carving out a niche in a progressive metal genre not well-known for differentiation (here’s looking at all the Dream Theater understudies), Iris Divine return with a self-released record for The Static and the Noise. Crowdfunding success helps in this endeavor, proving the demand for this trio’s efforts. After numerous spins, it’s obvious the three-piece wish to blow the roof off their burgeoning fanbase in terms of their alternative/90’s influences against some killer progressive hooks and interplay combinations – condensing these ideas into palpable, catchy arrangements you’ll want to air again and again.

Sonically delivering a kick ass drum sound that elevates the punch and groove elements to a higher degree, Kris Combs implements a time-keeper energy and versatility that can be hard hitting and straightforward for measures, then whirl about the kit as if Bobby Jarzombek and Neil Peart got together for a clinic. Check out his work in the first single/video “Taking Back the Fall” or “The Acolyte” to understand his prominence for Iris Divine’s rhythmic backbone activities. Pushing things even further, bassist Brian Dobbs isn’t content to stand in the shadows, often taking chances necessary in this music that advance proceedings with intricacy plus tact – obvious right away during the instrumental sections of opener “Catalyst”. Guitarist Navid Rashid puts the emphasis on a song first, individual highlight reel second – which is probably why Iris Divine stand out from the crowd. He helps the band hone in on those essential ‘catchy’ qualities for riffs, solos, and melodies necessary to attract long-term appeal – even if some of those influences come from an Alice In Chains/Deftones/Tool perspective against the band’s appreciation for Rush and Fates Warning.

It’s hard to pick out specific highlights as they change by the playback – the plaintive distance within “Echoes Effigies”, Pain Of Salvation-esque jangled chord combinations with soaring, Navid vocal melodies for “Like Glass”, plus the atmospheric narrative/gracefulness for the roller coaster closer “We All Dissolve” probably connecting most to these ears. This is a record that grabs you initially for certain aspects but becomes even more rewarding as you consume on that deeper level – where the band’s penchant for delivering an all-encompassing aural odyssey comes to life through all the senses. Saying less with more, or using alliteration / repetition in the lyrics is another factor, plus properly injecting keyboards and narrative/sound parts to keep the proceedings dynamic and fulfilling – Iris Divine truly took what made Karma Sown a critical (and fan) favorite to the next logical level. 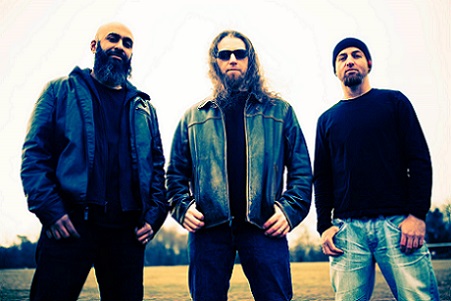 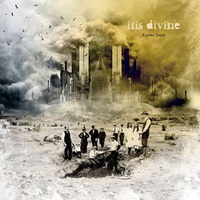