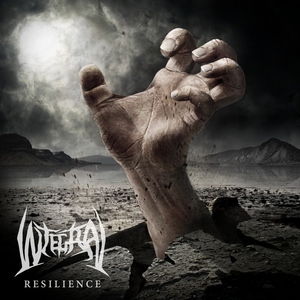 Thinking of Italian death metal squads usually calls to mind the fastest of the fast-type material. Blistering technicality and speed all rolled into one. In the case of Integral, they don’t really fit that particular notion. The band sounds a bit more “worldly” so to speak. And while Resilience isn’t going to break the mold, it’s strongly put together and enjoyable.

Modern death metal is a term that quickly comes to mind with Integral. But beyond that, they do apply themselves into many different areas. Some glimpses of more technical material present themselves ever so often (with some enjoyable standout bass presence that calls to mind Obscura/Beyond Creation) as well as some proggy/jazzy flourishes if you are looking for something more intricate. But they never take it too far – mostly due to the other side of the coin, the melodies. Nothing that ever really approaches ‘melodeath’ territory, but interesting melodies have a way of turning up just before the band takes things too far into the tech/prog sector. In addition to these melodies, some straight-up brutality is also introduced to the mix, allowing the band to bear some teeth and groove a bit (“Hieroglyphica” for instance). Some rather caustic screams (in addition to the usual roars) help solidify the band’s assault on occasion.

For the band’s debut, Resilience shows Integral as some players to watch. They’ve got the basics all down pat – whether it’s bludgeoning, shredding, or knowing when to relent with some atmosphere. They prove they can indeed balance it all. Some further exploration outside of the norms would give them an edge next time around, but call this album a promising introduction for sure.