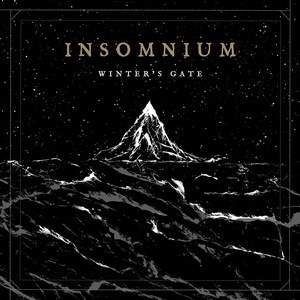 In an ADD-riddled world, deciding to make a 40-minute song that demands your full attention can be a make it or break it affair. But if Insomnium has proven anything over the past few years, they are the band to beat when it comes to melodic death metal, riding a high that has continued to soar over the last few albums. Winter’s Gate takes the band to the next level, and is sure to rightly wow those in the scene.

Winter’s Gate is a story about a group of Vikings who set out to find an island west of Ireland at the onset of winter. A well-designed short story that hits its marks, working as a compelling force along with the music. There’s a reason that the band has lyrics available in English, Finnish, and German – and it’s clear that there was a labor of love that went into its conception. Of course, it also helps that Insomnium has stepped up their game musically to make sure that there is enough diversity in the track to make it an invigorating listen. There’s the sounds and feelings that you’ve come to expect from Insomnium for sure – loads of sorrowful and majestic riffs, but there is a certain grandeur to what you hear on Winter’s Gate. Just tune into the first few minutes and you’ll easily be wowed by the melodies, which perfectly entice the listener further into song. You’ll hear some more progressive moments and somber pieces to even things out, and this is where the band’s expansions pay off. Warm acoustic moments, Pink Floyd-esque vibes, and even some crushing doom add to the experience, of which Dan Swano’s production aids in a very impressive mix.

Perhaps the biggest strength of Winter’s Gate is that you simply get lost in the music. If you feel the need to look at how far you’ve gotten into the song, you’ll frequently be surprised just how much time has passed – a true sign of some exceptional songwriting. Insomnium have made something really special with Winter’s Gate. Pushing themselves forward and creating a piece of music that is as imaginative as it is masterful, this one can stand toe and toe with Edge of Sanity’s Crimson – arguably the best album-length track around. Don’t sleep on this one.