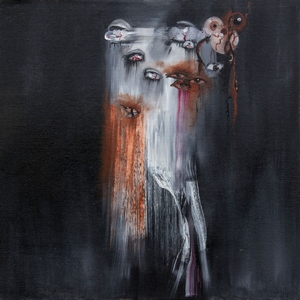 Masters of the dark and dreary, Insect Ark, have returned for their third go-round with The Vanishing. The Dana Schechter-led two piece sees a line-up change from Ashley Spungin to Andy Patterson (ex-Subrosa) on drums, but that desperate, isolating tone of droning doom still remains quite intact. Those looking for a slow burn and haunting atmosphere will settle in with just the right of uncomfortableness with this one.

Just like previous releases, The Vanishing is not going to ‘turn that frown upside down.’ It’s quite introspective, and relies on a sense of longing and darkness above all else. Introspective at its core, songs like “Denube” almost feel like you are watching a western movie from Hell, before a big shootout. It’s uneasy in its tone, with a cinematic yet starkly secluded feeling that breeds some tension. Listening is akin to sitting outside a desolate street corner while being pelted by some sand from a gentle breeze as the sun begins to go down. The psychedelia and ‘chilled’ vibes also play an important role – there’s never really a sense of aggression despite the utterly hopeless feelings at hand, and noted rise in tension at times. Like being resigned to a grim fate, there’s a trippy sense of inevitability in other tracks like “Swollen Sun,” which feel quite unsettling as you wait for some sort of ending to it all.

Like the rest of the Insect Ark discography, The Vanishing is probably not something that you are going to want to listen to on a regular basis, due to the droning doom tempos and heady atmosphere. But for those quiet, introspective times where your current mood meshes up with the palpable sense of despair and eventual resigning to fate, it will allow you to wallow in those feelings with ease. It’s a dark trip, and not for the faint of heart – but there’s nothing really quite like it. 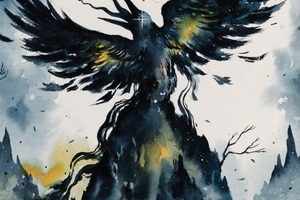