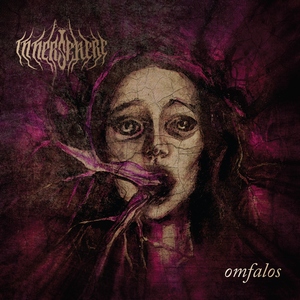 Innersphere is a melodic death metal band from the Czech Republic. Omfalos is their second full-length album, following up on a previous EP and 2018’s Amnesia. While it doesn’t really ever color outside the margins, it’s an enjoyable bit of melodeath that’s laced with some doom, black, and thrash metal.

First off, the strength that Innersphere has going for it is that while it falls squarely into melodic death metal, it doesn’t come across as a ‘modern’ or ‘Gothenburg’ clone. Sure, it does stick to the trappings that one would expect, but the band’s sound is stronger than many of the simple clones that have always popped up. The blend of thrash and black into the sound gives songs like “Above” a little extra bite and heaviness to them, which offers a nice blend with the galloping melodies. Other songs like “Wisdom” embrace a darker and doomier vibe, and that gives the band some more variety to their name without radically changing the direction of the music. Truth be told, these slower and plodding sections bring out the best in the band, and it might do them well to experiment a bit more with that aspect of their sound, as tracks like “Nature of Sorrow” have a stronger edge because of it as the doomy power gives the song more to play off of in terms of dynamic. That said, the get-up-and-go aspect of songs like “The Darkest Hour” suit the band well, with thrashy melodies and crunchy riffs wielding plenty of destruction, and the band does do a nice job of staying on the heavier side of the genre’s divide.

Omfalos has a ring of familiarity to it, but that doesn’t keep it from being an enjoyable bout of melodeath with a sprinkling of different influences within. Innersphere have a good template set, and it they can find a way to further differentiate themselves from the pack, could reach even greater heights.