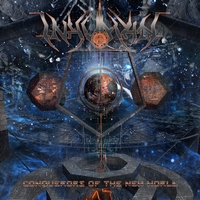 For those looking for a more ‘old school’ technical death metal affair, Costa Rica’s Inhuman have released their second album, Conquerors of the New World. With so many bands cozying up to the more current crop of bands (influenced by bands like Necrophagist, Decapitated, or even The Faceless), it’s nice to see a band more focused on the earlier days.

It doesn’t take more than a few seconds to hear the bands that have helped to shape Inhuman. Atheist, Pestilence, Cynic, and Death seem to pull the most weight as you move through the disc. There’s a distinct jazz-fusion with Inhuman’s technical death metal, as you can hear on tracks such as “Hold Your Crucifix.” This is partially due to the rather prominent bass lines sneaking their way into the mix, and definitely helps the band to establish themselves against the grain of more ‘emotionless’ and cold technically-driven bands. Inhuman’s musicianship is top notch, from the fiery fretwork of the riffs to some impressive solos, it’s clear that the band has really honed their craft even those this is album number two. Even though you can hear those progressive and jazz influences coming in, don’t think that Inhuman can’t implement a bit of searing brutality from time to time, as tracks like “Soulless Dead Eyes” and “Feed on Human Flesh” are all too happy to point out. If there is one small negative to point out, it’s that some of the tracks, particularly the longer ones of the bunch, feel like they meander a bit too long.

Fans of any band mentioned earlier should definitely give Inhuman a shot. While a bit of trimming in the songwriting department could strengthen future offerings, Conquerors of the New World is still a very enjoyable, technical death metal romp that nods to its past rather than following the styles of the present. 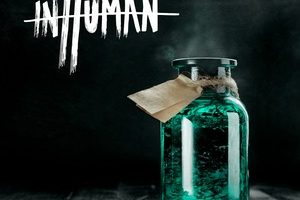