Infrared – From the Black Swamp (Self-Released) 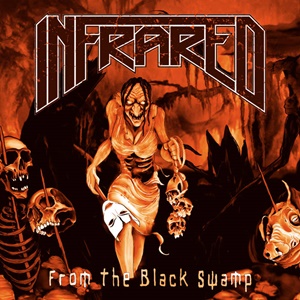 Done raiding the songwriting coffers from the past, Canadian act Infrared develops a new hard-hitting twelve-song album for From the Black Swamp. Touching on personal trials and tribulations that have occurred in these musicians’ lives, the four-piece embraces a sound that fuses numerous early Bay Area thrash mentors with classic metal from the 70’s/80’s. Which makes sense, considering that most of these gentlemen hit the metal scene running with the band in 1986 on their first go around – reigniting the act in 2014.

You can expect a bouncy style featuring sneering vocals, a hefty bass tone that goes hand in hand with the crunchy riffs and solid drum mechanics – crossing lines between thrash and traditional metal, along with the occasional punk/hardcore angst that fueled the early days. Stop/start activities and shouting in unison to the chord progressions are trademarks very prevalent throughout the record – driven to destruction in the Nuclear Assault meets Forbidden-esque ode “Lockdown” with equally chilling war/terrorism lyrical themes. The longer title track contains an interesting slow building/ swami-style guitar/bass sequence, a battering ram/groove mid-section, and acoustic guitars at its conclusion, taking inspiration from Metallica, and the darker Testament ballads over it’s six-minute plus arrangement. At times Infrared execute riffs or vocals very similar to their heroes – “Among the Living” in its mid-tempo parts evident easily during the main verses of “Eat Your Own”, while guitarist Armin Kamal can hit some high register fury swirling in Russ Anderson / Forbidden land during “Evil Ascent”. The sameness in terms of specific riff/tempo patterns and transitions can be wearisome, especially given the hour-long playback for the record – a testament to a bygone era of say 1985-1987 while injecting a few Black Sabbath, Judas Priest, and Iron Maiden aspects for solos.

Infrared appears content to stay in a specific lane and churn out as much material on a consistent basis as possible. There will be a few who dig the early thrash and crossover vibes present on this record – and many who will seek out something faster and heavier delivered by the younger generation. 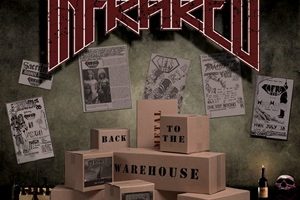 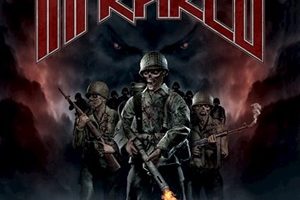