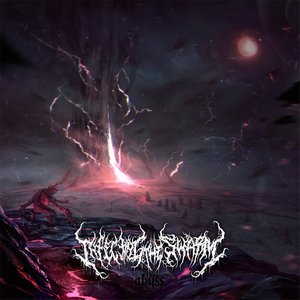 Checking out Infecting the Swarm’s last release, Pathogenesis, it seemed to be one of those “good if you are into the genre” type of releases. The one-man act clearly knew the genre at hand and how to write to it, but there was nothing that made it stand out among the sea of gurgling, brutal death metal releases. Two years later, Abyss steps things up but the band’s finest hour is still in the making.

Like Pathogenesis before it, Abyss is all about brutality. The type of brutality that you can only get from going to the most brutal, relentless version of death metal. And to that end, Infecting the Swarm continue to deliver high-quality goods. Abyss is start-to-finish insanity penned into brutal death metal form. Ultra-low gurgles, frantic blasts, and high-energy riffs (and crushing slams) are the meat and potatoes of this release. Check out “Perennial Ruins” and you’ll be instantly sold if you tend to frequent this type of music. There’s also a step up from Pathogenesis in terms of memorability – check out the riffing of “Hypogean Awakening” or “Spiral Fragmentation” and you can see there’s some more variety involved than simply “crushing riffs” that bludgeon non-stop. The sci-fi flavors also come into play (“Descension”) and give some atmosphere that was lacking last time around. Between the growls and frantic speed, some of the album will still feel like a blur, but at least there’s clear improvement in this area.

Those who favor brutality above all will surely fall head-over-heels for Abyss. With a higher level of retention than in the past, it’s found some added strength to the arsenal that should snag some new fans as well. And with improvements like these next time around, Infecting the Swarm should work their way closer to the head of the class.