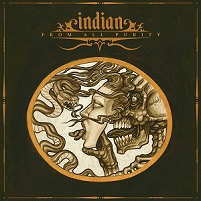 Ugly, disgusting, and filthy. Completely sick and twisted. Truly a thing of beauty. Chicago’s Indian have unleashed a monster in album form with From All Purity.

There’s no build-up or intro to ease into things as the album opens up with “Rape,” immediately hitting like a ton of bricks with a pummeling beat and pounding riff. The band rolls and plunders through the first four tracks in similar fashion with a sound that seems so simple on the surface, but underneath lie layers of grime and filth that build to create an eerie and frightful atmosphere. “Clarify” is a 5-minute interlude of harsh feedback and droning experimental noise, which is a quick breather before they dive right back into the doom cesspool on the album closer, “Disambiguation.”

From All Purity is album that makes you feel the music. It’s not an easy listen. The atmosphere is huge and enveloping, with layers of sound built upon one another with feedback and white noise interlaced with the instruments. The tortured vocals, sharp and sandpaper coarse, shriek and howl as they jump out while managing to blend in and add their own texture at the same time.

With producer extraordinaire and metal mastermind Sanford Parker behind the boards, From All Purity has a vile aesthetic similar to that of Lord Mantis on their 2012 masterpiece, Pervertor. Not all that surprising given they both hail from Chicago and Parker had a hand in on that release as well. We’re just a month into 2014, but From All Purity leaves a lasting impression and without a doubt, will one of the top doom releases this year. 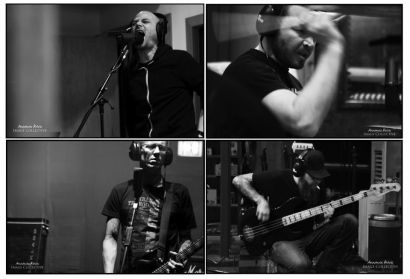 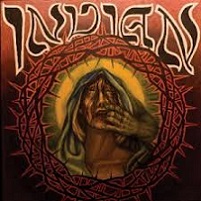