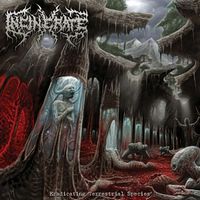 Things may change, but one can always rest assured that brutal death metal will safely remain. Not that uber-technical and flashy kind, but the blow out the speakers with brutality variety. You know, the type that bands like Devourment and Disgorge are rather infamous for. The ones that push the bludgeoning aspect of Suffocation and ramp it up about 500 times. One label known for churning a number of bands out within this genre is Comatose Music, who are releasing Incinerate’s third album (and first in 7 years), Eradicating Terrestrial Species.

The above description fits Incinerate to a tee, with a focus on keeping the action moving (mostly) at the fastest velocity possible and the occasional slam to keep the speed train from going overboard. You’ll hear some low gurgles as well, with an occasional high note just to make sure that you’re paying attention. It’s a well-beaten formula but the band knows what they are doing and makes it work in their favor. In accordance with the unwritten rules of brutal death, you can expect a number of sound clips as well, with over half of the album starting off with some sort of clip (“Fucking the Rotting Nun” features a choice bit from Se7en).

There’s nothing particularly wrong with Incinerate’s formula, which is sure to please genre die-hards. The band thankfully avoids a complete excess in any direction (i.e. ultra-low belch vocals, over-reliance on slam riffs, etc), which keeps them firmly in the niche position. Eradicating Terrestrial Species may seem like it is a blur by the end of the album, but it’s quite an effective burst of adrenaline. 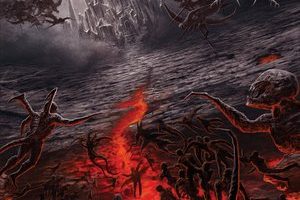