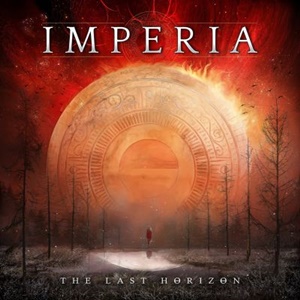 Featuring a host of seasoned veterans in the gothic/symphonic metal community, Imperia on paper has all the tools to gain a decent foothold on the scene since their inception in 2003. Hopes held high when finding out that this sixth album The Last Horizon contains their most diverse selection of songs to date – a sprawling double set with fourteen songs that span gothic rock, Viking-themes, and ballads beyond the expected metal terrain. In the end, one can only hope that this Dutch act has enough of their own take to maintain interest – and after a few passes, the results indeed are quite mixed.

Front loading the record with a catchy, commercial number with “Dream Away” and the folk-like accents for the follow-up “Starlight”, Imperia embrace musical and vocal influences that can be very grandiose in nature (the former having a similar background/orchestration feel of “Holding Out for a Hero”/Bonnie Tyler) yet never forsaking a straightforward hook nature in specific verses or choruses. Helena Iren Michaelsen floats effortlessly between her natural operatic and smoother gothic vocal platform – serving as a comforting volley for the Viking-like “To Valhalla I Ride” as well as giving a mysterious, airy vibe for the rhythmic-oriented ballad “Where Are You Now”. Guitarist Jan ‘Orkki’ Yrlund maintains the right balance between his keyboard and orchestration choices against his normal electric abilities – creating that symphonic bold soundscape while maintaining a driving, dynamic loud to soft nature in spots to make “Blindfolded” a standout. The problem remains for Imperia creating that deep interest as the record unfolds over the course of 66-minutes – thoughts from Leaves’ Eyes to Edenbridge, Xandria to Nightwish of course come up most track to track, but nothing that really has a standout, signature Imperia-style. It’s a case where the individual performances shine but can’t congeal into that breakthrough songwriting achievement – and that’s never good when you are almost twenty years into your career as a band.

Another case where diversity seems an apparent asset on the surface, but the final execution still struggles to hit the mark of the top tier of symphonic/gothic metal. 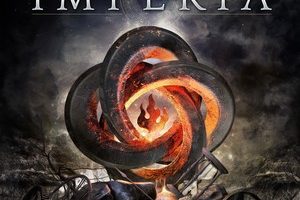