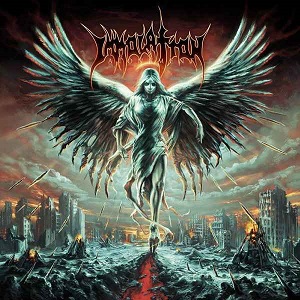 The proliferation of “weird” death metal bands owe a significant debt of gratitude to New York’s Immolation. Since their 1991 Dawn of Possession debut and 1996 Here in After follow-up, Immolation has managed to become their own separate, if not disparate entity, at times, difficult to listen to, others, a bit more captivating than originally thought. (2005’s Harnessing Ruin may still be their best work to date.) With that in mind, Immolation still falls into the “acquired taste” category, something rings true throughout Atonement, the band’s tenth studio album.

Immolation’s sound still, and perhaps will always, rest with guitarist/primary songwriter Robert Vigna. Vigna’s penchant for pinched harmonics, quirky squeals, and odd riff combinations is what ultimately make or breaks the band. On Atonement, he’s up to his usual assortment of tricks, like the unrelenting Morbid Angel dissonance found on “The Distorting Light,” or the scrabbled “Fostering the Divide,” a track emblematic of Immolation’s long-running career.

So as per the usual, there’s rarely a common thread or eased-up moment to latch onto; it’s always this treacherous push-and-pull with Immolation. Sometimes the discordant motifs thrown out on “Lower” have reach and success, while a cut like “Thrown to the Fire” feels too murky, essentially plunged to the furthest reaches of the abyss, whatever that may be. Point being, ugly, side-winding riff action will permanently be the band’s calling card. If you don’t get it now, you never will.

Perhaps as a function of their 30th anniversary next year, Immolation is (deservedly) getting their past-due recognition. Indeed they are a vital cog in the American death metal scene. However, Atonement, like a good chunk of the band’s catalog, is a murky bog of death metal. There really is no one else like Immolation. 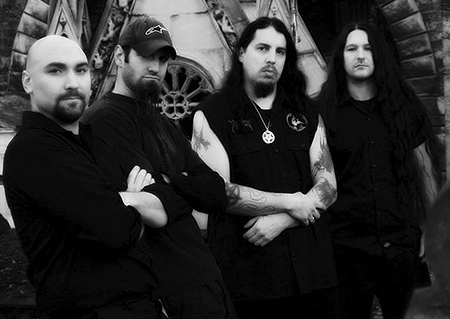