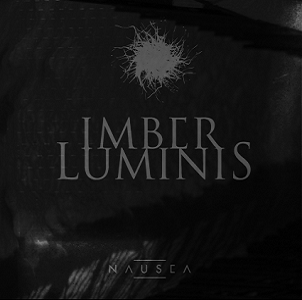 If Metal Archives is to be believed (and it usually is), then Belgian musician Déhà has been in well over a dozen projects or bands before his 31st birthday. While we cannot verify the quality of said acts (one is called “Eat Their Crusts,” so the jury is probably out on that one), it’s a startling number of bands to be involved with. Some dudes/gals are lucky to be in one band, let alone 20. Either way, Déhà’s Imber Luminis project was picked up by German stronghold Naturmacht for the release of their third album, the boundless Nausea.

Aligned somewhere between the graceful pinings of atmospheric black metal and mood-stricken jaunts of depressive doom, Imber Luminis, or Déhà, for that matter, have a penchant for those sorrow-laden melodies that drape over their songs. On the surface, they’re quite simple, but a basic melody can go a long way, like on “Introspection,” a number that canvasses the frozen fields of despair. As the raw, Shining (Sweden)-like blend of “Meaningless…” rumbles through with its blunt-force suicide-black metal attack, so does a Winterfylleth-like choral accompaniment, making it the album’s penultimate moment.

Additional jaunts of despondency include “We Are Not Free,” “Migraine” and “Nothing Matters,” the latter of which features some odd spoken word vocals from Mr. Déhà. Nevertheless, Nausea is the near-total encapsulation of depressive doom and black metal rolled into one, all handled by one guy who seemingly has enough time to devote himself to several other bands than Imber Luminis. It’s a moot point considering the potency of Nausea, although it’s of concern that Sir Déhà will have tacked on another five bands to his resume before the conclusion of this review…