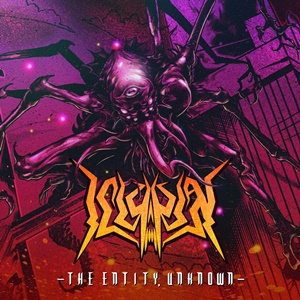 Pronounced ‘ih-leer-ian’ for those curious, Canada once again reaches the metal landscape through this outfit Illyrian. A power trio from Calgary, Alberta, they’ve been together since 2015 – and four years previous to that as Hellborn Death Engines before (wisely) changing to their current moniker. The Entity, Unknown is the group’s second full-length, following up 2016’s Round 2: Fight! debut effort – and after a few spins it’s evident that these gentlemen like to mix up some modern thrash and progressive death influences to create a diverse, dynamic style.

Because of the three-piece lineup, these musicians get a chance to really explore every crevice and technically savvy sequence – making for some intriguing interplay between guitarist Scott Onofrychuk and bassist Jeff Perry on the early head turner “Amanar Rising”. Both parties also share the vocals – Scott the growler/shouter while Jeff embraces his harsh screams, making for a triple threat attack that can be equal parts Battlecross or Revocation as The Black Dahlia Murder perfect for the progressive thrash swirl that penetrates “Grant Us Eyes”. The lead breaks add tasty arpeggio-fueled excitement off the sturdy riffs that obliterate the airspace – often popping up in quick fashion for verse transitions to make “Levottomus” a very late Death meets Revocation period affair, the concluding moments sure to impose their will in mosh pits everywhere. Because the nature of Illyrian is not to remain in one place musically, the fusion of progressive thrash and death with modern screams, growls, and shouting gives the listeners plenty of information to process and consume – even as the songs never exceed five-minutes. Even the double bass and snare to fill stroke action from drummer Darren May mesmerizes – his confidence, sense of impeccable timing and detailed maneuvers keeps the band killing on all angles. Some of his best work occurs on the thrash/death crossover “Xanthous” where he shifts between mid-tempo to groove-oriented parts, the cymbal, tribal-like fills and double kick fluctuations an added dynamic to an already impressive song.

We should expect newer musicians to take influence from some of the strongest acts of their generation – and with The Entity, Unknown you’ll get vestiges of old Maiden/Priest gallops, funneled into a modern thrash/death crushing final product. Illyrian has quite a promising future ahead if the quality performances and songwriting continue like this. 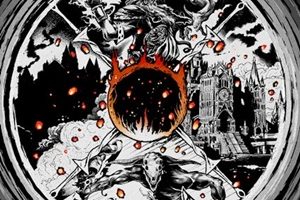