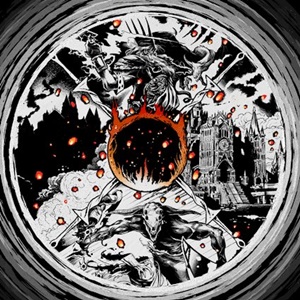 Expanding to a quartet over the course of their last album The Entity, Unknown and this follow up EP Aegis, Illyrian remains resolute in pushing a combustible musical cocktail of modern thrash and death metal with technical prowess. Even in this shorter, four-song outing evidence leans towards these Canadians fueled by solid songwriting mechanics, delivering material that has catchy riffs, hooks, and lead breaks – while also being very heavy and aggressive when necessary. Employing a dual attack on both the guitar and vocal front allows wider arrays of aural possibilities – ensuring some sinister transitions, stop/start shifts, and potent combinations that deserve numerous playbacks to catch all the little nuances on display.

A concept effort based on the gaming world (specifically Dark Souls) – the four songs traverse progressive/technical terrain against a thrash/death template. Between bassist Jeff Perry and guitarist Scott Onofrychuk handling the caustic, fried screams and deeper bellows from the grave in an evil, tradeoff manner, right away “Age of Ancients” volleys in stand-up fashion, the mid-section instrumental riff shuffle sure to send the legions into wall of death mode. The blasting and acoustic guitar measures during “Age of Fire” give this number a bit of diversity, the main components of speed, power, and brutality aligning well for those into Revocation, Machine Head, Death, and Skeletonwitch. Kelly Hagg as the second guitarist adds that extra axe presence, while the lead breaks throughout mesmerize in that seasoned, neoclassical/shred mold that players from Nevermore to Arch Enemy consistently deliver. At times the quartet can also delve into melodic death/modern metalcore accents, check out specific transitions and the maniacal high pitch screams for “Age of Chaos” for the head whipping action, drummer Darren May going from relentless blast beats to triplet hits and calmer groove tempo patterns without missing a beat.

Already impressive from the last album, Aegis sees Illyrian stepping up their game in terms of abilities, songwriting, and production to issue another mandatory outing for all listeners of modern thrash/melodic death to savor. 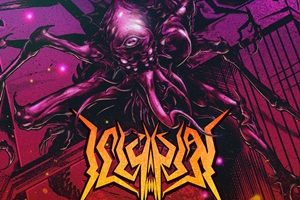