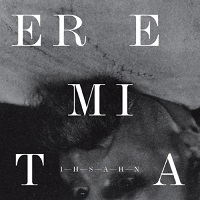 Anyone who has followed Ihsahn’s post-Emperor trajectory shouldn’t be surprised by an album like Eremita. The black metal dribbles are scant, while the progressive, avant-garde elements have been only heightened, and more in play than they were on 2010’s After. This one is a hard read, primarily because when you expect the Norwegian to zig, he zags, and when that blasted saxophone comes careening in, it’s like an uninvited guest that couldn’t be more annoying.

Backed instrumentally again by up-and-coming Norwegian progressive metallers Leprous, Ihsahn is willing to distribute the wealth evenly, it seems. Leprous singer Einer Solberg gets his licks in, as does the ubiquitous Devin Townsend on “Introspection,” which naturally, is one of the album’s highlights. Somewhere between all of this, Ihsahn is singing more (see: “The Eagle and the Snake”) and sounding less inclined to scrape his throat against the black metal chain mail. That’s probably a good thing, for the man’s clean

vocals have improved by leaps and bounds since the late-90’s.

The saxophone work provided by Shining’s Jorgen Munkeby is a total hindrance, just like it was on After. There’s really no place for it; Munkeby just pops in and out when he pleases and it lends nothing to the music, thus soiling otherwise strong numbers like “Catharsis” and “The Grave.” On the flipside, the glimmering, melodically-charged “Something Out There” might be Ihsahn’s finest solo composition alongside “Elevator” (from 2008’s angL). Heightened by a chaotic chorus selection (upon where Ihsahn sings about things being old, borrowed, and new), “Something Out There” emerges as Eremita’s anchor amidst the blundering saxophones and off-kilter riff selections.

There’s no creative ceiling when it comes to Ihsahn, although one has to wonder how many are starting to balk over some of the odd instrumentation choices he’s made over the last two albums. Perhaps the point he’s trying to make with Eremita is that the Emperor days have served their purpose, and the road he’s on circa 2012 probably isn’t intended for the old gang.