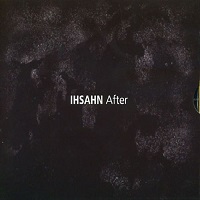 Wasting little time after 2008’s immensely successful angL, former Emperor maniman Ihsahn returns with After. Continuing with the melodic, highly progressive model set forth on its predecessor, After sees Ihsahn add new layers of shape-shifting, out-of-the-box features… namely the saxophone. A saxophone. Hey, the man can do what he wants – he is responsible for at least two of the greatest black metal albums of our time.

Backed once again by the considerable drum skills of Asgeir Mickelson (ex Borknagar, Spiral Architect) and bassist Lars K. Norberg (also of the long-inactive Spiral Architect), Ihsahn retains its foothold in the melodically-savvy ground established by angL gems like “Emancipation,” “Elevator,” and “Threnody.” Album opener “The Barren Lands” kicks things off with a shimmering, glorious riff that allows for Ihsahn and co. to set the table for what is to come, or so it seemed.

“A Grave Inversed” is where the man throws us some major curveballs in the form of saxophonist Jorgen Munkeby (Shining). Munkeby’s sax-work gives “A Grave Inversed” and album highpoint “Undercurrent” a free-form, jazzy feel that at first, feels strange, but subsequent listens help validate its inclusion. Credit Ishahn for taking an often-overlooked instrument and managing to conform it to his already wide-open sonic template. In fact, Munkeby’s saxophone makes Ihsahn even more unpredictable than before.

Elsewhere, gentle, sonorous tracks like “After,” the aforementioned “Undercurrent” and “Austere” move Ihshan further away from his BM beginnings, although the pounding “Heaven’s Black Sea” would suggest otherwise.

At first glance, After isn’t the satisfying body of work that angL was. Granted, there’s a lot more to swallow with this one, so credit Ihsahn for expanding his boundaries once again. The man is never at a loss for good ideas, thus, rendering his solo career as exciting as his halcyon days with Emperor, which begs to ask: has an extreme metal solo career been this successful? Methinks not.