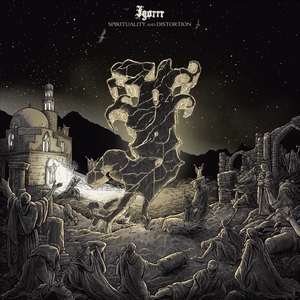 Those familiar with the name Igorrr already know that it’s wise to expect the unexpected. The nature of the music itself, as evidenced with their last album Savage Sinusoid, is that it will hop all over the place. Things rarely stay stagnant. Yet, once more Igorrr has proven that this sort of paint-throwing approach not only works – but is still expandable.

Nothing about Igorrr screams conventional. The hybrid of many, many genres of music – from metal to electronica to folk and baroque (and this just scratches the surface) – means that there is a lot to digest. There’s also no real fluid way to describe the movements either than that of a truly synchronistic blend, though it does seem that there’s a slight increase in accessibility with the songwriting this time. That said, even more elements are there to be taken in, with some Middle Eastern vibes being the most immediately noticeable that appear in multiple songs.

As it’s been previously stated, the best way to experience Igorrr is to simply listen for yourself, but with that spirit in mind, let’s go through a few standout tracks so that the sheer diversity can be noted. There’s the short but sweet “Very Noise” which feels almost entirely drum and bass powered, with some electronic elements seeping too. There’s the George “Corpsegrinder” Fisher-led “Parpaing,” where some immediate death metal wildly swerves into chiptune madness in a way that will definitely make you stand up and take notice. The heavily electronic “Paranoid Bulldozer Italiano” also stands out for it’s blunt force fusion of the drum/bass elements with metallic aggression, which later dives into more operatic territory in a fascinating way. Lastly, the Middle Eastern vibes give “Camel Dancefloor” it’s suiting name, vibing quite well with the electronics to make something insidiously hooky.

There’s really nothing out there quite like Igorrr. It’s complex and progressive, yet the intermingled electronics keep it surprisingly playful and ear-grabbing. The fusion of elements is seamless in and of itself, and paves the way towards a version of heavy metal that can integrate both a massive and intricate sound that’s utterly futuristic in tone. 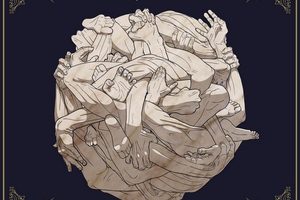