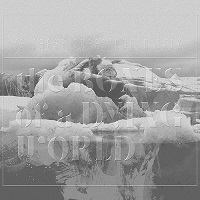 Food Network is regular TV viewing in the Gehlke household. This scribe’s lovely wife has been a devotee for quite some time, so we are no strangers to such fine shows as Chopped, Pioneer Woman, and Trisha’s Southern Kitchen. (And yes, this would be the first time Trisha Yearwood’s name has been used on this fine site.) One such celebrity chef who frequently makes appearances on Food Network is Chris Santos, who apparently is an avid metal fan and a friend of Metal Blade’s Brian Slagel. Not only does Santos have a good eye for food, the same applies for bands; he’s responsible for getting If These Trees Could Talk signed to Metal Blade.

Formed in 2005 and hailing from Akron, OH, the band is purely instrumental. Now, we’ve often intermingled and harped and/or besmudged such bands in the past. But, If These Trees Could Talk prove to be a rather heady and momentous lot. Operating primarily in the wistful, gorgeous-chord field that is rife with melody, The Bones of a Dying World is a largely entrancing listen. Because the band rarely strays from its melodic and sinewy core, cuts like “Swallowing Teeth,” the lovely “The Here and Hereafter” and closing “Only Sky Above Us” emerge as deep, dynamic-laden tracks that hit the instrumental bulls-eye.

And while If These Trees Could Talk hug close to many of the conventions instrumental metal bores, the illuminating nature of The Bones of a Dying World is hard to resist, especially if anything in the “post” range tickles ‘yer fancy. Furthermore, with Metal Blade behind ’em, we could be finally graced with an instrumental metal band with some staying power.