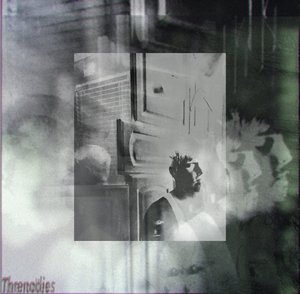 Some contextualization is necessary as, as far Dead Rhetoric content is usually concerned, this is an unusual review. Icholas Yurgh is the working artist name of Nicholas Dougherty, one of my closest personal friends since our initial introduction within the confines of DLI in 2013. He introduced me to his music sometime in 2014 and I’ve been a supporter (fan!) since, no matter where in the world our lives (military or otherwise) have scattered us. It is with that in mind that I’m not attaching a score here, as a number feels wholly inadequate, whatever it may be.

Threnodies is a work of atmospheric heaviness, even if little to nothing of what it contains touches on material either beholden or adjacent to the metal realm. Planning For Burial and Have A Nice Life are easy modern parallels, but comparisons are also cheaply made. This is a fluid, tightly woven set of songs that while blackened in presence, offer a range of influences ranging from harsh psychedelia in closer “Ms. Understood” to a melancholy take on early 90s indie in “Half-Eaten”.

Threnodies is a documentary of sorts, and while it contains no small number of stories personal to the artist, also encapsulates the ephemeral life spent under the USMC banner – warts and all. Not that you’re going to find references to the Halls of Montezuma mixed in with the shuffling dejection of “Deadbeat Depicted”. As the song reveals its complexities, however, a sense of relentless pressure is unveiled – a dull ache that, perhaps like silence, is deafening in its presence. The unescapable phantom of responsibility within and without the military service experience.

Melancholy and introspection are central to the experience across Threnodies, though pockets of respite can be found. “Comforter” wears its title lovingly, the awaited dawn after the long-drawn night, whether spent afield or in darkened rooms awaiting human response – ever the perilous endeavor. This song is a gentle push against such silent anxiety, and a welcome come down after the two part tandem of “Huh, Bub? “Hubbub”\On The Way Out”, the latter of which is a fractured tower of night terrors, the expanse of night as seen on a traffic-less road.

Peripheral tension is likely the most consistent feature of Threnodies, the gnawing dread that something is nearby and cannot be escaped. What that ultimately means to the individual listener is likely to vary wildly – work terrors, family terrors, societal terrors – we all possess negative anchorages which we would rather forget yet cannot look away from. As the harsh tones of “Ms. Understood” wash over the listener, the grip of the unseen is perhaps at its strongest as the fluid bass lines propel the song under waves of blown out guitar.

Threnodies is a work tethered to the present and the semi-recent past, both a documentary as previously mentioned and very much a product of the 2020 we have in our laps. Burnout, I’ve been told, is hitting rock bottom and blasting through it, screaming into the abyss on its far side. Catharsis, then, is recognizing that transit and clawing your way back anyway.