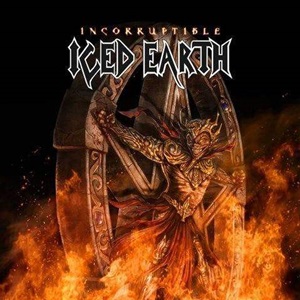 Much like Dave Mustaine is Megadeth or Jeff Waters is Annihilator, Jon Schaffer is Iced Earth. Although it is exciting to hear his side venture with Hansi of Blind Guardian for Demons & Wizards once in a blue moon, Iced Earth has been his priority, in dark times or good times, for heavy metal since the late 80’s. We all have our preferences when it comes to the band (Barlow vs Ripper vs Block vocally, Night of the Stormrider vs Horror Show vs Dystopia for triple threat debate on studio albums), but with Schaffer steering the rhythm guitar/songwriting foundation, most rest easy knowing he’s not going to go all modern/cyber/electro crazy on us. Incorruptible as the 12th studio album finishes their second stint with Century Media, and as such the quintet appear as vibrant and youthful in these performances as ever, putting all the key components in place for top to bottom appeal.

Stu Block has the consummate vocal ability and delivery for the band – plenty capable of sitting in that familiar Barlow-esque mid-range, while amply rearing back for those Halford-eque/ Ripper highs. Safely ensconced for his third studio platter with the group, his voice gets a workout on “Seven Headed Whore” – a crushing power number that reaches King Diamond-esque chills against a twisting riff/double bass driven barrage that could level Metallica during their Puppets prime. And might be digging into his Canadian heritage for the chorus of the semi-ballad “The Veil”, possibly channeling the 80’s hit “When It’s Over” lyrically (and melody-wise) from Loverboy. At other moments, semi-progressive meets cultural strains penetrate the aural outlook, the drumming of Brent Smedley shifting between slightly challenging snare/double bass combinations against the thick guitars for “The Relic (Part 1)” – Steve Harris would be proud of this one, including the native American/ pan flute transition. Bolstering the proceedings through a harmonic-filled 6:35 instrumental in “Ghost Dance (Awaken the Ancestors)” where Schaffer and lead guitarist Jake Dreyer throw in Thin Lizzy-like Celtic melodies against the chants, the closing “Clear the Way (December 13th, 1862)” is epic Iced Earth at their best – an ambient, echoing intro and outro while the meat of the arrangement provides a hefty riff parade that is fierce, resilient, and catchy like the war-theme discussed, the background vocals as commanding as the music (‘Forward- Clear the Way!’).

Considering melodic metal of all types isn’t as dirty of a term as say during the 1990’s, Iced Earth deserve respect for a steadfast approach to their songwriting and commitment to the cause. Incorruptible could stand high in the band’s discography when all is said and done – for this scribe, easily their best in over a decade.