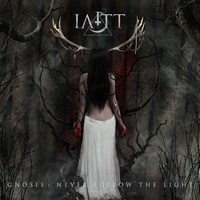 When one speaks vaguely about melodic death metal and symphonic black metal, there is a tendency to be a bit hesitant. Of course, the argument is that both genres have had their heyday already, so to speak. “It’s all been done before…and better” is the mantra of these types of defenses, but such arguments lead to missing out on a number of releases worthy of your time. One such example is Gnosis: Never Follow the Light.

Stepping back a bit, using melodic death metal and symphonic black metal pigeonholes I Am the Trireme a bit. Simply put, they are much more than a merging of these two forces. Just listening to the first song alone (the excellent “Metre Fin a Cette”) will also offer listeners some shades of gothic, doom, and plenty of atmosphere. The rest of the songs on the album follow suit, taking familiar elements of the aforementioned genres and presenting them in an atypical direction. Don’t let the ‘symphonic’ elements lead you towards thinking this is silly, pompous Dimmu-type stuff either. The riffs and atmosphere of the album always keep it planted in a more sinister and malevolent direction. There’s a fury on tracks like “Trusty Noose” and “Sombering Light” that aren’t diluted, but made darker by the synths. Some songs, like “Grey Fields of Ash” thrash ahead with some old school Gothenburg goodness by their side, while other tracks, such as the tribal drumming that opens “Basking in the Essence of My Sorrow” and it’s later moments of chanting, revel in finding ways to keep the listener on their toes. You’ll later be dragged into murky, doomy waters with “A Sullen Reflection of Purity” as well.

As you can see, I Am the Trireme take many elements of familiar genres yet one walks away from the experience with the knowledge that the band knows how to mix things up. It’s a refreshing take on extreme metal that, despite the over-lying influences, manages to be more than a hodge-podge of incorporating parts that the band likes. Most importantly, Gnosis: Never Follow the Light is full of dynamic and intriguing songs that will stick with you. 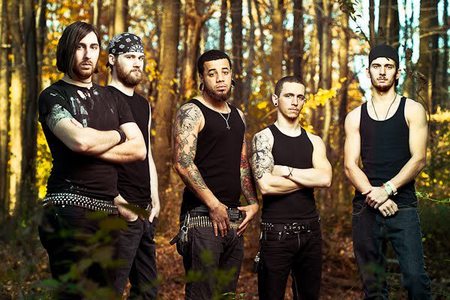