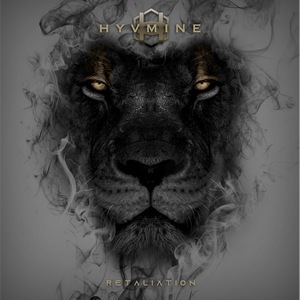 Hyvmine seem to be on a persistent course to get their name out there. Last year they released their first full-length album, Earthquake, an EP, and a single at the end of the year. Now they are back once more with another full-length in the form of Retaliation. With the rapidly growing amount of music they are putting out, one might expect a dip in quality but rest assured there is none on Retaliation.

What Hyvmine does is take a number of elements of the rock and metal scene and fuse them into something that’s quite catchy on the surface level, yet has the musical merit and songwriting that will bring you back to it frequently. It’s easily approachable, even for those who aren’t big into metal, mostly due to the straight-ahead riffing and mostly shorter time structures (though they toyed with lengthier tracks on last year’s Fight or Flight EP) and Al Joseph’s soaring vocal performance – pick a track and you’ll find plenty of evidence that will hook you in (though “Dark Holes” stands as a personal favorite). But just because Joseph is front and center with the vocals, doesn’t mean ignores his instrumental guitar roots. In fact, that portion is where the more dyed-in-the-wool metal fans are bound to take more interest. Complex yet energetic solos (see “Assassins”) and chunky, groove-filled riffs (“Paracynic”) give the music plenty of backbone to feed off of (as does the well-rounded rhythm section). There’s a level of playfulness to it all that brings the music above its two main influences that is best heard directly.

There’s a reason why Hyvmine continue to push themselves in an effort to bring about new songs. They are onto a formula that’s bound to catch hold with not just a metal audience, but the larger rock community. The balance of metal intricacies and rock-fueled emotion and attitude takes nothing but the best from both worlds and puts it into a fun and exciting light. 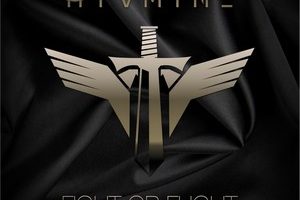