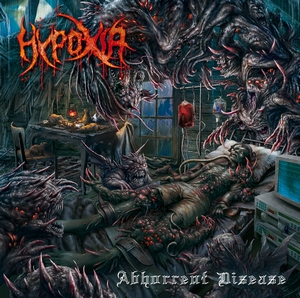 If you want New York-styled death metal, where better to look than at its source? Though it may have dipped significantly over the years in quantity due to the rise of more technically-driven material, some bands still uphold its notions. Though it’s been four years since Hypoxia’s debut full-length, Abhorrent Disease delivers on all of its bone-crushing promises.

As already alluded to above, if you are into the NYDM style (Suffocation, Pyrexia, Internal Bleeding, et al), you have the basics down as far as what Hypoxia is going for. There’s a pleasant, reminiscent feel of this going back towards the ‘90s in its full glory, but never going so far as to just sound like they are worshipping those before them. For one, the bass work is noticeable and quite outstanding. It feels more akin to something you’d find on a more modern, technical death metal release than one aiming for sheer brutality and malice. It effectively lifts the songs up a notch, along with the blast-heavy but varied drums, to give the rhythm section more presence than the usual. Elsewhere, the brutality is forward and expected – Mike Hrubovcak’s growls are likewise varied and dominating, and the guitars bring out the frenetic energy at top speed or punishing grooves at the appropriate slowdown points. Effective leads and solos (see “Enslaving Cage”) also do their part to craft the music into something that is decidedly heavy but doesn’t suffer from sounding like 10 variants on the same formula.

Brutal NYDM at its finest, Hypoxia offers a straight-forward yet enjoyable attack with Abhorrent Disease. Those who still enjoy this type of material are going to eat it up, while some of the noticeable tweaks make it worth looking into for some outsiders to the genre. 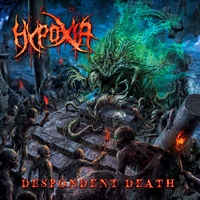