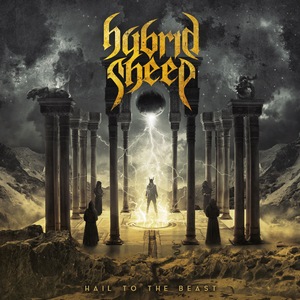 Having checked in with Hybrid Sheep for their 2014 debut album, Free From the Clutches of Gods, recent follow-up Hail to the Beast warranted some investigation. Their first release saw the French act as being rather influenced by metal acts on the other side of the Atlantic (such as The Black Dahlia Murder) in their modern death metal quest. Hail to the Beast squeezes by its predecessor but it seems the band’s defining moment still looms further ahead.

Dynamically speaking, the band does spread the wealth a bit more with their second attempt and the diversity is duly noted. Also worth mentioning is that the deathcore influences are a bit less prominent in the scheme of things, but still have their place (meaning it shouldn’t be a dealbreaker for those more adverse to the stuff). Picking up some of the slack is that of more technically-leaning and melodeath riffing, which is not a bad thing by any stretch of the imagination. A song like “Premature Burial” is all the stronger by focusing on some ‘core-driven grooves yet sprawls into more intricate melodies and catchy leadwork. The band’s melodic sensibilities are given some more leeway with songs like “Harvest of Humans” where it shares time with some impressive bursts of speed and the well-placed instrumental “The Last Breath of a Dying Earth,” which has some truly emotive sections. Paramount here is the sense of aggression though, which manages to sit atop the melodies as the driving force from track to track, heightened by the usual low growl/high scream, but it does do the trick just fine.

A modern combo of death, melody, technicality, and core continues to show the promise that Hybrid Sheep is capable of. Some slight advances push them forward, but if they could somehow integrate the emotive resonance of “The Last Breath of a Dying Earth,” without toning down the abrasion, they might just hit gold. 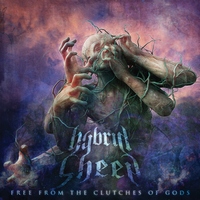