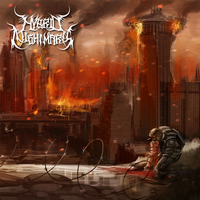 Clearly one of 2015’s most hard-working bands, Australia’s Hybrid Nightmares is back for their third EP release in the span of the last 7 months. The Third Age continues to tell the story of man’s downfall, and if you couldn’t tell in the progression in the album covers (a neat addition really – we’ve gone from clean and green to fiery red), things are getting a bit darker overall.

Despite feeling a bit more aggressive and dark, The Third Age continues the same great mix of diversity that has served the band well for the previous two chapters. Black, death, and progressive metal seem to go hand in hand, and the added fury brings this to new levels. The opening track, “Ash and Bone” features some swirling melodies that are downright infectious (and heavy as nails) but that’s just the tip of the iceberg. The album’s centerpiece, the 9-minute “Our Star May Fade,” really hits the sweet spot. Beginning with a progressive melody, the band slowly builds up energy over the course of the song, veering into darker and more sinister riffing without losing the melodic nature of it all. “The Obelisk” also deserves some attention, with its crushing groove and emotive acoustic finish.

If you haven’t been able to keep up with Hybrid Nightmares’ output, The Third Age is just as good a spot to start as any. The way the band has built up the music and pulled it to fit their story is impressive, and a stunning finale later this year is all but written itself now. 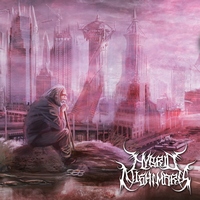