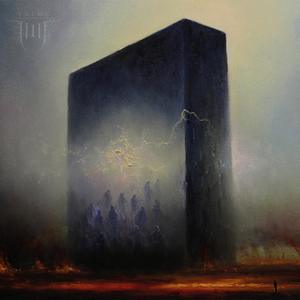 Impressively monolithic, Humanity’s Last Breath sports a grand Mariusz Lewnadowski cover that wows just as much as his previous works. But for such an impressive cover, the music has to be there to back up that vision. The deathcore act Humanity’s Last Breath has been slowly rolling out more depth to their sound, and Valde puts that up on a platform that should impress a number of extreme fans.

Taking the deathcore template and giving it more of versatile edge, there’s a lot to take in with Valde, and much of it won’t absorb on listen one. There’s a lot of slower and mid-tempo stuff here, with Meshuggah-esque chugging being one of the most notable initial pick-ups. The rhythms and grooves hit hard, and some tempo change ups seem to come in at just the right times, such as the rousing uptick in speed (along with some synths) in “Descent,” which then proceeds to drag the listener through some thundering grooves towards its finale. The other piece that really stands out here is the dissonant atmosphere. There’s a bleak and harsh vibe that the album delivers from beginning to end, and while it’s not quite Ulcerate in execution, there’s no denying a similar influence when you hear the immensity of a track like “Hadean.” While it still conveys a modern feel and production, the dark atmosphere makes the music pop a bit more. When that shift hits towards more epic (and sometimes more symphonic-enhanced) moments, it still feels natural – it just gives the band more leverage to make something more sinister in the long run.

Impressively, the album doesn’t lose much steam over the course of its 53-minute runtime either. Valde stands tall as a lumbering giant that occasionally gives way to some more speedy and epic moments amid its dissonant exterior. It’s certainly Humanity’s Last Breath’s finest offering to date, and the way that it incorporates a wide degree of everything from complex rhythms to bleak atmosphere is bound to generate some buzz.