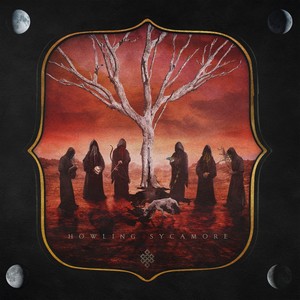 It’s safe to say that if you know that Davide Tiso is involved in a project, you know you aren’t going to get something that is straight-forward and ‘been there, done that’ sounding. Tiso has always followed his own vision of progressive music in uncompromising fashion, most famously from that of Ephel Duath (as well as Gospel of the Witches). His latest work with Howling Sycamore (alongside ex-Watchtower vocalist Jason McMaster and extreme metal drummer extraordinaire Hannes Grossmann) sets an equally high bar in both its delivery and uniqueness.

Seemingly combining three different approaches into one cohesive piece of progressive metal, Howling Sycamore isn’t the type of album you will sit down and grasp in one sitting (or even 2 or 3). There’s much to absorb, from the merger of sinister riffing and thunderous extreme drumming with McMaster’s old school metal vocals, to some rather intriguing saxophone usage. While many have put saxophone into metal lately, none do it quite like Howling Sycamore do on songs like “Upended.” It’s frantic, chaotic, and sounds more ‘metallic’ (almost like a guitar solo done through the instrument) than the more traditional use that many opt for. The combination of all these components frequently give the music a more otherworldly sound – with Tiso’s eerie riffing in both heavier and atmospheric moments being a true highlight (check out “Descent to Light”). The fusion with McMaster’s voice also gives it an almost theatrical feeling when it’s at the heaviest moments. The cleaner approach to singing gives it a different flavor than other more avant-garde releases, and the range from prog vocals to higher register to screams is well-executed – he’s a force to be reckoned with on the more mellow “Chant of Stillness.” Of course, Grossmann’s performance behind the kit is what you’d expect from him, and one that you can go back to and hear more detail as you repeatedly listen to the album.

It’s a short release at 37-minutes, but given the density of the material, it’s also a wise move by the band. You instead have a fluid release that moves from sinister and extreme to more melancholic territory – all while maintaining its intriguing premise. Those looking for something a bit more adventurous with their metal are bound to gravitate towards this with ease. A strong debut by scene veterans playing at the top of their game. 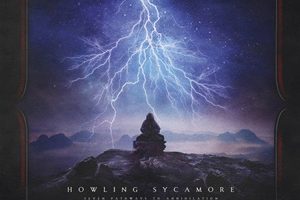