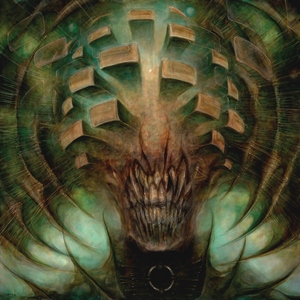 While the trends of who can play the most technical and who can sound the most like Entombed/Incantation/Bolt Thrower rage on, Horrendous have been ever so carefully evolving and becoming something of their own. Sure, listening to a period of two seconds is going to identify it as death metal through and through, but their approach to songwriting has made them more deadly with each passing album. Idol simply continues to raise the bar.

Horrendous aren’t doing anything precisely outside of the death metal box, but they sure do enjoy mixing up the technical, melodic, and flat-out brutal components in ways that are interesting and surprisingly fun. The concoction that results in Idol is a sure-fire winner, with seemingly something for everyone in the extreme metal realm. One can take any track within (outside of moody opening intro “…Prescience” and somber instrumental “Threnody”) and dissect it down to the three aspects above. But it’s the flow and pacing of each track, and within each track, that will keep you coming back. Whether it’s a bit of rumbling bass, moody clean guitar, dizzyingly progressive leadwork, or blunt and aggressive riffage, there’s something that will catch your ear – one highlight after another. Sometimes it may take a few listens to hear some of the goodness beneath, but with each successive spin, something new is bound to be unearthed. Let’s take “Devotion (Blood for Ink)” as our example. It starts out with some straight-up heaviness and death metal swagger, but turns more progressive as the song continues, with a zippy little galloping solo and eventually turning entirely melodic and moody, with rumbling bass atop of clean guitars and some clean “ahhs” before returning into darker waters. Technical and satisfying riffs await though, as does another punchy yet melodic solo before things end. It’s this type of commitment with each track that is easily fulfilling with each listen.

Horrendous have continued to push themselves with each release, garnering praise with every attempt. But in their case, there’s a reason why the death metal hype machine has been pushing them so hard. They are the genuine article when it comes to this sort of thing. An excellent mix of catchy songwriting, intricate structures, and snarling aggression.